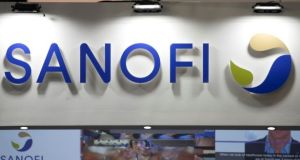 Two female employees have been injured in a chemical incident at Sanofi laboratory in Waterford, that occurred on Wednesday afternoon.

At approximately 11.20am a chemical incident occurred at the laboratory, and the emergency services were called to the site.

“Two members of the Waterford site team were injured and brought by ambulance to University Hospital Waterford,” a spokesman for Sanofi labs said.

One of the staff members was admitted for treatment, and the other employee was discharged after a precautionary examination.

It is understood the employee still in hospital was in a serious condition, and may need to be transferred to another hospital in the coming days.

“The Health and Safety Authority (HSA) have also been informed in line with established protocols and a thorough investigation will be conducted,” the spokesman said.

Sanofi are a pharmaceutical manufacturing lab, who also have an office based in Dublin.

A spokesman for the HSA said the agency, which inspects workplace related accidents and injuries, was aware of the incident and would be carrying out an investigation.

“We don’t have any details as to what exactly happened as we have not gone onto the site yet,” the spokesman said.

“Emergency services are currently on site and supervising so we will have to wait to get the all-clear from them before we send inspectors on.”

The HSA expect to send inspectors onto the site on Wednesday night, or Thursday morning.