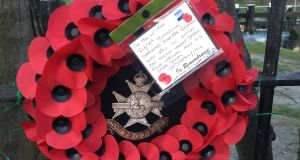 The poppy wreath at the memorial to the Volunteers who died at Mount Street Bridge, photographed before it had been removed. 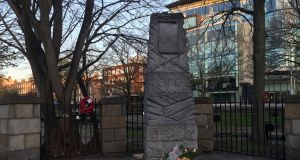 A floral tribute to the British soldiers who died at the Battle of Mount Street Bridge during the 1916 Rising has been removed.

Former British soldier Alan Barry, who put it there, said he was “disgusted” by its removal and he said the 216 Sherwood Foresters who were killed or injured during the Dublin battle deserved to be remembered.