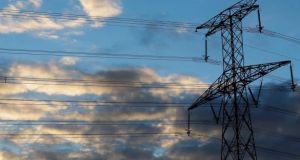 The copper wire was taken from poles in an area of farmland at Maddockstown, near Bennettsbridge late on Wednesday night and in the early hours of Thursday morning.

The theft is the latest in a series of six attacks on ESB Networks equipment in the midlands and southeast in which thieves risked electrocution to remove live cables - and cut supplies of electricity to hundreds of householders at the same time.

The value of the cable stolen on Wednesday night/Thursday morning is estimated at€25,000 - with the replacement cost to ESB Networks being at least five times that amount.

In 2016, an attempt to steal parts of a live substation at Inchicore in Dublin lead to an explosion which cut electricity supplies to some 120,000, and cost ESB Networks €10.5 million in repairs, the network operator said.

In rural Co Kildare in 2015 some seven kilometres of live, overhead cable was stolen.

The ESB said the number of individuals stealing copper and scrap metals has increased sharply in the past five or six years, since gangs realised the rising price of commodities - due to falling production - could offer a way to beat recessionary times across Europe. Other metals in demand are aluminium, lead and increasingly platinum, palladium and rhodium.

Confirming the latest robbery, the ESB said its network “ was interfered with near Bennettsbridge in Co Kilkenny, resulting in approximately two kilometres of copper cable being stolen. Local customers were also impacted by an outage”.

ESB Networks said it was “constantly addressing these threats to both public safety and the integrity of the electricity network”. It said “ perpetrators of this criminal activity” were engaged in “ highly dangerous activity”.

ESB Networks said it participated in a “successful nationwide Metal Theft campaign, which commenced in August 2015, in conjunction with Crimestoppers and An Garda Síochána. With thanks to public co-operation and the painstaking efforts of the gardaí, this activity all but ceased through 2017”.

However the organisation said “the last number of weeks however had seen a worrying recurrence of this activity, with six incidents of attempted copper theft on our network predominantly in the midlands and southeast”.

ESB Networks and An Garda Síochána are calling on members of the public to be vigilant for suspicious activity and to come forward with information. Information can be reported to the gardaí or to ESB Networks on 1850 372 999.

Separately, gardaí appalled to anyone who was in the area and saw anything suspicious to contact them in Thomastown on 056 7754150.