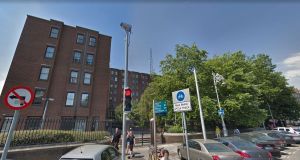 In late 2016, the OPW agreed to a six-year lease for Harcourt Square for an annual rent of €6.01 million. Image: Google Maps

The State has lost “tens of millions of euro” on a “train crash” property deal for the Garda buildings at Harcourt Square, according to an Office of Public Works (OPW) official who worked on the case.

A dossier on renewal of the lease at Harcourt Square alleges that in 2011 the OPW was approached with a proposal by the then landlord to reduce the rent on the premises by almost €1 million per year. At the time the OPW was paying just less than €5 million a year in rent for the premises, which houses operational facilities for some of the most important Garda units in the force.

8 Joe Biden’s presidential inauguration: Where can I watch, and what are the key moments?

11 Gordon D’Arcy: Time for IRFU to be bold and secure futures of prized assets

18 Joe Biden to be inaugurated as 46th US president

19 Is this the face of Ireland’s lost patriot Robert Emmet?

20 Woman pleads guilty to having €600,000 in organised crime cash in Drogheda

24 Baked spuds get a tasty, crunchy filling and topping

26 ‘I got a burning smell in my nose’: Third-wave Covid-19 patients share their experiences

27 Gorgeous terrace turnaround is right on track for €445k

28 What can Ireland expect from Joe Biden?

29 Man who sexually assaulted woman on Luas tram is jailed

30 Fontaines DC are reborn as punk-funk disconauts, and the results are cracking

40 Could talking spread Covid-19 as much as coughing does?