Lorcán (16) had not been seen since Saturday 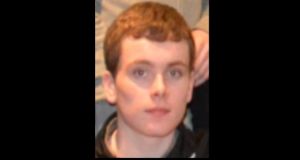 Lorcan Ó Snodaigh has been located after going missing at the weekend.

The 16-year-old from Bluebell, Dublin 12, had been missing since Saturday and when last seen was wearing a light blue jumper, blue jeans and was carrying a light blue backpack.

He has light brown hair, is of thin build and is about 5’ 4” in height.

Mr Ó Snodaigh made the announcement on his Facebook page. He wrote: “My son Lorcán has been found safe. I wish to thank all those who help me search for him in the last few days. I would also ask for privacy while the family deal with the trauma of last few days. Go raibh maith agaibh.”

Gardaí confirmed that Lorcan Ó Snodaigh had been found alive and well and “no further action is required”.

Lorcan’s older brother Fearghal Ó Snodaigh (18) is in a serious condition in hospital after being stabbed outside his house in the early hours of Sunday morning.

He received injuries to the arm and chest area in the incident which occurred on the Old Naas Road in Bluebell at about 12.30am. It is understood the person who carried out the attack fled the scene immediately after the attack.

Aengus Ó Snodaigh, first elected to the Dáil for Dublin South Central in 2002, is the party’s spokesman on social protection, justice, equality and international affairs.