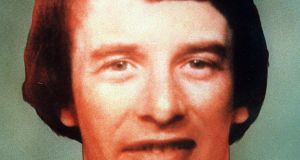 Irish Government must hold “the British government to account” over allegations UDA intelligence officer Brian Nelson was allegedly urged by his British intelligence handlers to get the UDA to launch a bombing campaign in the Republic in the late 1980s, says Sinn Féin MLA Gerry Kelly

Sinn Féin has stated that reports of how British agent Brian Nelson allegedly set up republicans and nationalists for murder and targeting demonstrated that the British government must provide the truth behind its part in the “dirty war” of the Troubles.

Sinn Féin MLA Gerry Kelly also said the Irish Government must hold “the British government to account” over allegations UDA intelligence officer Nelson was allegedly urged by his British intelligence handlers to get the UDA to launch a bombing campaign in the Republic in the late 1980s.

It was alleged in the most recent Sunday World that during the late 1980s Nelson was involved in two plots to murder Sinn Féin president Gerry Adams and one bid to murder current Deputy First Minister Martin McGuinness.

One of the obstacles to be overcome in the current Stormont House talks is the issue of what the British government will be prepared to divulge about British state killings and alleged collusion with loyalist paramilitaries.

“It is time for the British government to come out from behind the wall of ‘national security’ and allow the victims and survivors to have the truth about the deaths of their loved ones,” said Mr Kelly.

The North Belfast Sinn Féin Assembly member made his demand following publication of what the Sunday World said were extracts from more than 120 pages of handwritten notes written by Nelson about his role as an agent for British military intelligence while acting as an intelligence officer for the Ulster Defence Association.

Nelson infiltrated the UDA in 1985 having previously served time in the 1970s for his involvement in the 1974 kidnap and torture of a Catholic man, Gerald Higgins who later died from his injuries. Sometime after his release he went to work in Germany but later was persuaded to rejoin the organisation so that he could work undercover as an agent for the British army’s highly secretive Force Research Unit (FRU).

Nelson was arrested in the early 1990s as part of an investigation by former London Metropolitan Police chief Sir John Stevens into allegations of RUC collusion with loyalist paramilitaries.

Mr Stevens investigated claims at the time that the FRU provided Nelson with files and photographs of alleged republicans, and that this contributed to numerous deaths. It was alleged in a 1992 BBC Panorama programme that Nelson, while acting as a British agent, was implicated in 26 murders, attempted murders and conspiracies to murder. This was based on a prison journal written by Nelson.

It was also alleged that days before the UDA murdered solicitor Pat Finucane in February 1989 that Nelson scouted his north Belfast home where he was killed in front of his wife and children. Nelson claimed he told his FRU handlers that Mr Finucane was being targeted.

Nelson was sentenced to 10 years’ imprisonment in 1992 after he pleaded guilty to conspiracy to murder five Catholics. A senior British army officer speaking behind a screen, and later identified as Brigadier Gordon Kerr, former head of the FRU in Northern Ireland, said Nelson had saved many lives by working for the FRU while in the UDA.

His plea of guilty meant that only limited information about his activities came to light. It is believed that Nelson served half of that sentence. He died in Britain in 2003 aged 55 from, it was reported, a brain haemorrhage.

Sunday World journalist Jim McDowell, citing Nelson’s notes, said that Nelson set up 8 people for murder and targeted as many as 38 more.

He wrote that he was involved in two plans to kill Gerry Adams, one by a sniper attack and one by a magnetic car bomb. McDowell reported that the “dossier” showed that Nelson briefed his handlers about the murder attempts. While Mr Adams, who had survived a previous UDA murder attempt in 1984, was targeted neither plan was acted upon, the newspaper reported.

Again citing Nelson’s notes, Mr McDowell reported that Nelson briefed his British army handlers about an attempt to kill Mr McGuinness at the Conway Mill complex in west Belfast. While targeting is reported to have taken place the attack eventually was called off.

Mr McDowell also reported that a British military intelligence officer described in Nelson’s notes as “the Boss” suggested that the UDA should “conduct a bombing campaign on carefully selected targets that would cause maximum economic damage” in “Eire”.

He suggested one target as Whiddy oil terminal in Cork, he reported. The officer said that such attacks “would cause the Eire government to have a re-think on their extradition policy”. At the time there was controversy over an alleged reluctance on behalf of the Government to see IRA suspects extradited to the North.

“The Stevens inquiry sent files to the then DPP in 2003 on 25 individuals including military intelligence personnel with a view to charging them with offences related to this murder campaign. Twelve years later despite mounting evidence of collusion between military intelligence and unionist death squads there has been no progress made in prosecuting those at the heart of this,” said Mr Kelly.

He said he has contacted senior PSNI officers about the “revelations” and has also written to the North’s DPP Barra McGrory, QC “to seek answers about the failure to prosecute a single person”.