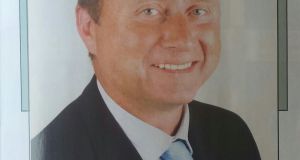 Sinn Féin has suffered another blow in Co Cork with the resignation of another county councillor, Ger Keohane, elected for the party just last year. Image: Facebook.

Sinn Féin has suffered another blow in Co Cork with the resignation of another county councillor elected for the party just last year.

Cllr Ger Keohane, from Watergrasshill in the east of the county, contacted party headquarters to inform them that he was resigning from the party with immediate effect.

He had contested a selection convention to be added to the party’s ticket in the four seat Cork North Central along side sitting TD Jonathan O’Brien.

But he was defeated by Cllr Thomas Gould who represents the Cork North Central Ward on Cork City Council.

Cllr Keohane, who polled over 2,200 first preferences votes in the Cobh Electoral Area to take a seat on Cork County Council, could not be contacted for comment.

In a statement, Sinn Féin said it was “disappointed” with Cllr Keohane decision, adding that he was “a valued member of our team on Cork County Council”.

“We are particularly surprised given the fact he sought the Sinn Féin nomination to contest the forthcoming General Election in Cork North Central at a convention two weeks ago.”

Sinn Féin said it had offered to meet Cllr Keohane to discuss any issues he might have but it was unclear if he would take up the offer.

Some political commentators have expressed surprise at the party’s decision to add city based Cllr Gould to the ticket rather than Cllr Keohane as the former was based in the city as is Mr O’Brien.

“There was a strong argument for running someone from the rural part of the constituency which makes up over 50 per cent of the electorate and Ger Keohane was the obvious candidate,” a source said.

Cllr Keohane’s resignation is the latest blow to Sinn Féin on Cork County Council where the party had already lost two councillors and now sees its representation drop from 10 to seven.

Cllr June Murphy from Mitchelstown resigned from the party in September following the re-admission to the party of Mallow based Cllr Melissa Mullane, who had been suspended for “uncomradely behaviour” after a review of party structures in Cork East. This review also led to the expulsion of Cllr Kieran McCarthy from Cobh.

Last month sitting Cork East Sinn Féin TD, Sandra McLellan announced she would not be contesting the general election for the party.

Ms McLellan cited what she described as efforts by some members of the party in Cork East to undermine her work as TD in the constituency where she won a seat in 2011.

“Over the period I served as a TD my efforts were consistently and persistently undermined by a small number in the constituency that called themselves members of Sinn Féin.”

She was not prepared to “risk this for another term” and would be stepping down at the end of the Dail term, said Ms McLellan on the eve of the Sinn Fein convention in Cork East. Cllr Pat Buckley from Midleton is running in the general election in Cork East as the party seeks to retain Ms McLellan’s seat.