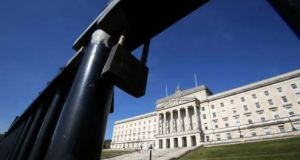 Sinn Féin spent more money than any other political party during the Northern Ireland Assembly election campaign which ran from mid-January to polling day on March 2nd, the North’s Electoral Commission has reported.

Spending by nine of Northern Ireland’s political parties totalled £150,080, with Sinn Féin spending £46,591 during the campaign, according to the commission’s figures.

What appeared surprising about this year’s Assembly returns was that while the DUP is the largest party in Northern Ireland it came fourth on the table of highest spenders, with an election bill of £21,929.

It was also notable that Alliance, which is the fifth largest party in the North, was second on the table, spending £32,456 on its campaign.

The third highest spender was the Ulster Unionist Party with a return of £26,443. The SDLP came fifth on the table with an expenditure of £14,871.

The Traditional Unionist Voice party spent £2,724 on its campaign. People Before Profit spent £2,543, the Greens £1,493, and the Citizens Independent Social Thought Alliance, formerly called the Cannabis is Safer than Alcohol party, spent £930.

The Conservatives, UKIP, the Workers’ Party and the Cross-Community Labour Alternative, which all ran candidates, posted nil returns. The Progressive Unionist Party, which also ran candidates, did not make a submission on its spending, said the commission.

The Citizens Independent Social Thought Alliance, Conservatives, Cross-Community Labour Alternative, the Workers, Party and TUV all submitted their returns late to the commission, it said.

The commission’s head, Ann Watt, said publication of the returns provided “the public with important information on how much our political parties spent at the recent Northern Ireland Assembly election”.

“We are disappointed that more than a third of the parties submitted their spending returns late or not at all. These failures are now being considered in line with the Electoral Commission’s enforcement policy.”

Meanwhile, former SDLP deputy first minister Seamus Mallon told the John Hewitt International Summer School in Armagh this week that the DUP and Sinn Féin were undermining the Belfast Agreement by their failure to reach a deal to restore the Northern Executive and Assembly.

“Damage has been done to the very essence of the agreement in terms of reconciling the communities,” he said.

“You have a very sick society when the definition of culture on one side is the burning of bonfires and, on the other side, using the Irish language for what is a patently political reason.

“When you start to make a cultural element a red line in terms of political negotiation it is impossible to pursue that without turning that into a political cudgel.” .

Mr Mallon said while the SDLP had lost its representation at Westminster the party would continue to campaign for the middle ground.

“We’ll keep at it, we’ll do what we did in the past. We’ll keep the political process going while everybody else is beating drums and we’ll get back. I have no doubts,” he told the summer school.