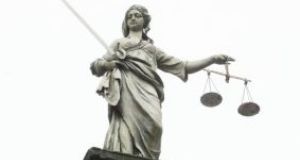 Phil McCarthy told Cork Circuit Criminal court her father Patrick McCarthy ‘thought he would take the easy way out and try and kill himself when allegations came to light’.

A young woman, who was sexually abused by her own father as a child, saved his life when she found him hanging himself in a shed, a court has heard.

Phil McCarthy told the sentencing hearing of her father Patrick McCarthy (66) at Cork Circuit Criminal Court on Friday that she placed herself under him to take his weight and managed to hold him up until the gardaí arrived and cut him down.

She said she who found him in their garden shed at their home at Corbally North, Ballincurrig, East Cork some time ago.

On Friday, McCarthy was jailed for three years by Judge Seán Ó Donnabháin after he pleaded guilty to six counts of sexually assaulting his two daughters, Phil and Jacqui McCarthy, and their neighbour, Olivia Landers when all were still at primary school on various dates between 1987 and 2000.

All three women waived their right to anonymity to have McCarthy named. In her victim impact statement, read out by investigating Garda Det Sgt Sean Leahy, Phil McCarthy told how she found her father trying to hang himself after he learned that gardaí had received a complaint against him.

“I hear the whispers of people talking about me and our family. If all that wasn’t bad enough he thought he would take the easy way out and try and kill himself when allegations came to light,” the statement said.

“I was the one to find him hanging in our shed gasping for air. He would not be sitting across from you today had I not raised him on my shoulders until the gardaí could cut him down, damaging my neck and shoulder in the process.”

She said she had nightmares most nights and would “never get the sound or sight of him gasping for air” out of her mind.

“I sat in the resuscitation waiting room that night and honestly, I didn’t know if I wanted him to live or die.

“After all that, I have to say that I am the luckiest girl in the world to have an amazing fiancée by my side. She is what makes me want to get up in the morning and have a truly happy life together. She has shown me that I am stronger than I ever thought possible. I am not a victim. I am a survivor.”

In her statement, Phil McCarthy recalled her childhood and how she absolutely idolized her father, only to discover that he was far from “the invincible superman” she believed him to be when he sexually abused her.

“I can still remember how I used to run out the door to greet him when he came home from work and swinging off him as he ate his dinner, picking from his plate even though I had already eaten my own. As a tomboy I was always stuck in very job he was doing inside or outside the house.”

Her sister, Jacqui McCarthy in her victim impact statement, also read out by Det Sgt Leahy, said she had suppressed the fact her father had sexually assaulted her as a child. She only decided to make a complaint after learning that Olivia Landers had made a complaint to gardaí.

“I am sure you see an old man sitting before you, who is apologetic but this same man tried to get away with what he had done,” she said.

“He had the audacity to call me to apologise for bringing shame on the family for something he had done to someone else. I was in complete shock, in sheer disbelief.

“Was he actually apologising to me for something he had done to someone else when he had done the same thing to me? I see now this was his way of checking did I remember. I wish I didn’t. In that moment I had a choice to make, to continue with the charade or confront him. I chose the latter.”

Ms Landers fought back tears to read out her own victim impact statement in which she told how McCarthy had abused her.

“You had no right to do what you did to me . . . You took my first kiss from me – a grown man. No matter how many times I bathed I could not get that dirty feeling to go away.”

Defence barrister, Ray Boland BL said his client accepted responsibility for the impact he had on their lives and pointed out that he had pleaded guilty, sparing all three women having to give evidence in a trial. He asked Judge Sean Ó Donnabháin to deal with his client as leniently as possible.

Imposing sentence, the judge noted that the abuse of Ms Landers involved touching her outside her clothes while the abuse of his own daughters involved digital penetration. He imposed concurrent sentences of three years, two years and 18 months respectively for the abuse.