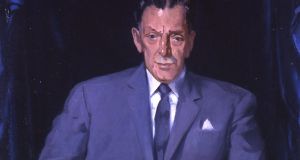 “I do not think that either MacMillan or any member of the British government ever fully understood that they could not be half in and half out of the EEC. They had to make up their minds whether Britain was to be a part of a united Europe and, if so, they would have to resign themselves to the fact that they could not have a special relationship with the US which would give them rights and privileges against their Common Market partners or try to maintain the Commonwealth preferences. MacMillan did not realise that indication of vacillation on Britain’s part would discredits its application in the eyes of de Gaulle. As a result, I think he was surprised by the de Gaulle veto.”

“I do not think they had any other idea initially in relation to the Common Market, except to destroy it. Even when they recognised they were not going to succeed in breaking it up, their application for membership was probably inspired by the idea that they could slow down its development in some way and perhaps change its character. It is the only in the last few years that the British have realised that they are not going to succeed in these policies. They have come around – if their public declarations are indicative of their attitude – to accepting the whole idea of European economic integration. Yet they still have the imperial frame of mind as shown by their Commonwealth prime ministers’ conferences. Of what real importance is the Commonwealth? I do not think it has any significance whatsoever, but it certainly has prevented the British from thinking of themselves as a completely European country.”

8 David McWilliams: What a Doc Martens boot can teach us about the wealth gap

11 Trump prepares to leave for Florida before Biden inauguration

13 Q&A: Covid-19 new variants in Ireland - everything you need to know

15 The only four skincare products you need

16 Netflix has spent millions on its films, so why are they so mediocre?

17 Miriam Lord: Why did the secretary general cross the road? Because he’s worth it

22 Maureen Gaffney: The land of the mother and baby homes

25 Meal Box Review: A Chinese takeaway you will never tire of

26 Pete Lunn: We need to tackle Covid-19 differently after this lockdown. Here is how

28 Covid-19: Nursing homes to be prioritised for vaccination for 10 days amid supply shortage

29 Is paying someone to clean your house the last word in middle-class privilege?

31 Make a holiday in Ireland an unforgettable experience

32 No, you can’t use the bathroom, Jared and Ivanka tell their Secret Service agents

35 Varadkar: €292,000 salary for top health job likely to lead to others seeking parity

37 Infertility treatment: When will free IVF be introduced in Ireland?

39 TD calls for ‘serious scrutiny’ of Leave.EU group that relocated to Waterford

40 AIB plans ‘ethical’ sale of up to 650 distressed mortgages