RTÉ to delay closing down of longwave radio service 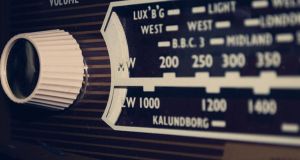 RTÉ has announced that it will delay the closing down of its longwave service until the New Year.

RTÉ’s managing director of radio Jim Jennings admitted that the “window was too short” for the proposed closure, which is due to happen in two weeks time.

The announcement was made on September 23rd and the longwave 252 service was due to close on October 27th after 10 years on the air.

The decision has caused a lot of consternation in Britain, especially among elderly listeners who do not have access to digital services.

Mr Jennings said setting the deadline was the best way to find out how the service impacts on the public. “We may not have fully scoped out the alternatives in the UK which we need more time to investigate,” he acknowledged.

That decision has been postponed until January 19th. Mr Jennings said it would allow RTÉ management time to consult with organisations and individuals in Britain who use the service.

Mr Jennings told the Oireachtas Committee on Communications, Energy and Natural Resources that the €250,000 saving was important and the broadcasters around the world were switching off longwave. Of the remaining 74 long wave transmitters in Europe, 47 have already been switched off.

He maintained there was now a “tipping point” as far as digital radio services is concerned and the Irish diaspora in Britain never had as many ways of accessing RTÉ services including Virgin, Sky and Freesat which is covers 98 per cent in Britain.

He also stated that there is no “low hanging fruit” left in RTÉ and that the broadcaster will struggle to break even this year because of a €5 million hit in last year’s budget. “No matter what the cuts are, they impact on somebody. It is not a decision we take lightly,” he said. “In some cases we don’t have an alternative. We would much rather be in a position that we don’t have to do this.”

He described long wave as an “expensive, poor quality and unpopular platform” and it was impossible to measure how many listeners of RTÉ’s service on LW252 were actually tuning in.

Fianna Fáil Senator Pascal Mooney, who broadcast to the diaspora for decades, said there had been a “huge upsurge of reaction, a lot of it very emotional” after the decision about long wave was announced.

“The core of the decision goes to the relationship between the Irish establishment which includes RTÉ and the Irish diaspora in Britain. Quite frankly, they see it as an insult and a slap in the face, it is full of symbolism apart from the practicalities,” he said.

Senator Mooney described it as a “disgraceful decision” and suggested that the Government - through the Minister for the Diaspora Jimmy Deenihan - find the €250,000 to continue providing the service.

Committee chairman John O’Mahoney said interest in the closure of the service had increased “massively in the last few days” with all public representatives getting correrspondence from the diaspora on the issue.

“A lot of people were caught on the blind side by this,” he said. He suggested to RTÉ that it concentrate on some sort of solution. “The window should be used in the consultation and instruction of people to come to a solution that would be satisfactory.”