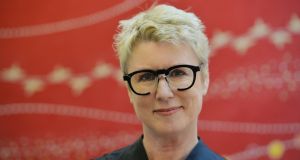 RTÉ will not survive without a government rescue plan for its existential financial crisis, the chair of the independent body which oversees the State broadcaster has warned.

Moya Doherty, chair of the RTÉ board, said the pace of change in media globally was “quite frightening” and cautioned the broadcaster would struggle to adapt without a hike in the licence fee and continued cutbacks.

This week RTÉ management told staff that 200 jobs would need to go and there would be a 15 per cent pay reduction for its highest-earning presenters.

“This is a crisis of enormous magnitude,” Ms Doherty said.

“The cataclysmic change in the industry globally is quite frightening. Right across the media people are losing jobs.

“It is painful, it is incredibly difficult but we cannot not change. You stand still and you are history.”

Ms Doherty said the RTÉ board “cannot continue to sanction the deficit that currently exists” in the broadcaster.

But she added that the Government also needed to move on its refusal to increase the TV licence over the past decade, saying the organisation “has been starved of funding for a long, long time”.

“They are responsible for the licence fee. Unless we can work together, this organisation will not survive,” she said.

Pointing to the Small Screen: Big Debate initiative being run in the UK about the future of public service broadcasting both on TV and online, she said she wanted to “urge leaders in Government to be visionary and start that debate” in Ireland.

Lord David Puttnam, the film producer who lives in west Cork, should be hired by the Government to run a similar initiative, she said.

Meanwhile, Labour Party leader Brendan Howlin said the television licence fee should not be a “political play tool” and should be taken away from Government for decision making.

He did not believe the fee should “depend on the vagaries of who is in office”.

Speaking to media at his party’s national conference in Mullingar, Mr Howlin said: “I think it’s time that we took the licence fee issue away from Government. There should be an evaluation done by the Broadcasting Authority of Ireland and they should make a recommendation to Government on an objective basis on what the licence fee should be and how it would be collected.”

The Government will put the licence fee collection out to tender in a bid to cut evasion. Minister for Communications Richard Bruton has said this will allow a five-year contract for the service to be put in place.

The Government has agreed that at the end of the five years the licence fee should be replaced by a “device-independent broadcasting charge”. It is estimated that 10 per cent of homes do not have TVs but access content on phones, tablets and other devices.

Mr Howlin said the mechanism for charging should change now, not in three, four or five years.

He said Labour was a “passionate supporter of public service broadcasting” and believed in a strong, independent RTÉ, which had to change because the delivery systems for broadcasting has changed.

Last year, the Broadcasting Authority of Ireland completed a five-year funding review and recommended an immediate €30 million increase in funding for the national broadcaster plus €6 million for TG4.