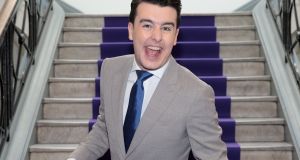 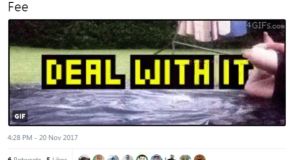 RTÉ is investigating a tweet posted on its RTEOne Twitter account Monday afternoon which appeared to ridicule people who claim to have been sexually harassed by the comedian Al Porter.

In a tweet responding to comedian Davey Reilly, who has said he was groped by Porter in 2014, the RTÉ account, which has more than 60,000 followers, tweeted a short video gif showing a semi-naked man sliding across the ground, followed by the words “DEAL WITH IT”.

The tweet remained online for half an hour before being deleted at about 5pm.

Some minutes later, the @RTEOne account tweeted to Mr Reilly: “Sincere apologies, we’re looking into how this happened”.

@DaveyReilly Sincere apologies, we're looking into how this happened

A spokesman for RTÉ told The Irish Times that they were not yet sure how the offensive tweet had been sent from the RTÉ One account, but they were investigating whether the account had been hacked and were trying to establish the exact circumstances.

He said the account was operated by RTÉ Television.

“We have deleted the reply in question, and are investigating the matter,” the spokesman said.

On Sunday, Al Porter resigned from Today FM, where he had presented a lunchtime show since February this year, after allegations of inappropriate behaviour. “While my conduct, which had been in keeping with my flamboyant and outrageous public persona, may be regarded as offensive and unacceptable by many people, I at no time intended to upset anyone,” he said in a statement.

“Up until now I had been unaware of these complaints or the impact of my conduct, and I am truly sorry for any distress I may have caused in what I had regarded as light-hearted and good-natured circumstances.”

On Monday, the producers of the Olympia Theatre Christmas Pantomime confirmed Porter was stepping aside from his lead role in the show.

Judge has ‘great sympathy’ for man set to lose his Co Louth home 14:49
Dublin man may have been stabbed to death by woman in parking space row 14:42
‘I think she is terrified’: Woman facing deportation to Nigeria from Sligo 14:29
Health worker double-paid thousands for same shifts by HSE and agency 13:58
Hoteliers call for State funding to implement eco-friendly measures 13:55