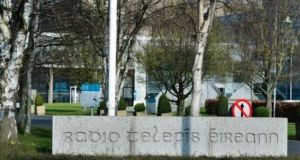 Two of the pieces, by Louis le Brocquy, were commissioned by the State-owned public broadcaster.

RTÉ has denied an allegation that it will pay art auctioneers Sotheby’s 25 per cent commission to sell five arts works at public auction in November.

“While RTÉ cannot disclose details of the agreement, the level of commission agreed by RTÉ with Sotheby’s is considerably below the EU tender level. All proceeds raised from the sale of these art works and payable to RTÉ will be reinvested in the organisation,” said a statement from the State broadcaster.

“Two of the art works, by Louis Le Brocquy, were previously commissioned by RTÉ in 1966 and 2000 respectively, the former was commissioned with grant support from the Arts Council. The other art works are from William Scott (also a commission which was grant supported by Arts Council), George Campbell and Tony O’Malley,” continued the statement.

Mr Whyte had also claimed that RTÉ broke public procurement policy by awarding the sale of five art works to UK company Sotheby’s without opening the process to tender.

Sotheby’s is not licensed to sell art work in Ireland and that “it is a known fact that Irish art sells best in Ireland.”

When asked if his comments were “sour grapes”, Mr Whyte admitted that he was unhappy that RTÉ had not invited tenders for the opportunity to auction off the art works.

The sale of the five art works was also criticised by former director of news Wesley Boyd in a letter to the editor in Tuesday’s edition of The Irish Times.

The public auction in London should be stopped, he said.

“While I know from personal knowledge as a former member of RTÉ’s board of management, the difficulty of running a complex broadcasting organisation with inadequate funds, the proceeds of the sale will contribute a paltry sum to the total budget. And a significant part of our national treasure will be lost to this country.

“It is particularly disturbing to see George Campbell’s magnificent painting of the RTÉ National Symphony Orchestra being included in the parcel of work for sale. This canvas was commissioned by RTÉ and was so highly prized that in 1998 a limited edition of expensive prints was made of it to mark the golden jubilee of the orchestra. It should be hanging in the National Concert Hall, not a London auction room.”

Art critic and curator Dr Róisín Kennedy told the same programme that the Arts Council would have co-funded some of the art works and therefore would be entitled to some of the proceeds from the auction.