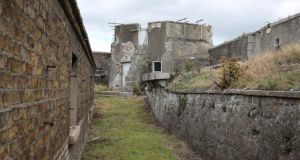 The Magazine Fort in the Phoenix Park, which will be open for limited public guided tours from this Sunday. Photograph: Fran Veale 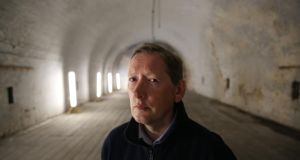 Fergus McCormick, conservation architect with the OPW, inside the Magazine Fort in the Phoenix Park, which will be open for limited public guided tours from this Sunday. Photograph: Fran Veale

The scene of one of the first casualties of the 1916 Rising, the Magazine Fort in Phoenix Park, is being opened to the public for the first time, 28 years after it was closed as a military installation.

The ammunitions storage depot was built in 1734 to a French star fort design, with additions in the 19th century to accommodate military families, and a bakery shed in the 20th century to feed the soldiers.

Chief park superintendent Margaret Gormley said it was important to open it to the public this year because of its significance in 1916. The revolutionaries wanted to blow it up to mark the start of the Rising, she said. “Nora O’Daly was sent by Cumann na mBan on Easter Saturday to see the times of the changing of the guard.”

But on the day of the attack, the officer in charge had gone to the races, with the key of the magazine in his pocket. George Playfair, son of the fort commander, went to raise the alarm and was shot.

He highlighted the extent of the excavation and restoration work involved.

“We have taken out the stone ramparts which have no foundations,” he said. The foundations had collapsed and the stones have been numbered and stored, to be reinstated on restored foundations. The public will get a chance to see the work as it progresses and will have an opportunity to walk along part of the ramparts that have been stabilised, including a wheelchair accessible ramp to an elevated platform to take in the views overlooking the war memorial gardens.

Located beside the Islandbridge Gate of the park, the fort will be partially open to the public for guided tours every Sunday and Friday until the end of October, starting this weekend.