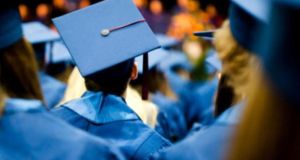 Two internal reports on NUI Galway’s (NUIG) promotion systems warned last year the university was “out of step” in advancing women, and that greater transparency was required in appointing professorships.

Its report was completed two months before the university became embroiled in controversy over gender equality among academic staff, due to the publication of Equality Tribunal findings in favour of Dr Micheline Sheehy Skeffington.

Dr Sheehy Skeffington, a respected botanist, had taken a discrimination case against the university after she was turned down for promotion in 2009. She was awarded €70,000 by the tribunal.

In what is described as a “feedback report” on NUIG’s senior lecturer promotion scheme, the ABL group noted that several women who had been unsuccessful in applying for higher posts were “truly altruistic and dedicated to the areas of university business that are not show-stopping headlines, but essential bricks and mortar”.

“There is something unenlightened about a university process that does not capture more of these essential abilities,” the report said.

It noted that this had led to situations where there were several male professors and just one senior woman, or none at all, in some departments.

Two months later, the university’s promotion system was described as “ramshackle” in the Equality Tribunal ruling in favour of Dr Sheehy Skeffington.

The Higher Education Authority also found NUIG late last year to have the most pronounced gender divide among Irish universities, with almost four in every five (79 per cent) senior academic staff members being male and with women accounting for just 13 per cent of associate professorships and 14 per cent of professorships.

A separate internal study by a working group for the NUIG governing authority on the operation of the personal professorship scheme at NUIG dated December 2014, notes that “men report that they are encouraged more than women to make an application for promotion”.

Men also “plan to apply sooner than women” for professorships, even though a substantial proportion of women believed they were close to meeting requirements, this report says.

An analysis of six rounds of promotion to personal professor from October 30th, 2009 to March 23rd, 2013, found that 34 men and seven women applied, with 18 successful male applicants and two successful female applicants.

A survey conducted among staff for the report elicited calls for greater transparency and clearer guidance on measurement of achievement.

The women also cited previous unsuccessful efforts at promotion, “feelings of tiredness” with the politics of the university, and “zero expectation of success after a challenging and time-consuming process”.

The university has set up a task force on gender equality, which has promised to report no later than Spring 2016, but Siptu has criticised what it describes as its lack of independence. The union has directed its members not to co-operate with the task force on these grounds.

In a related development, Dr Sheehy Skeffington has expressed disappointment at what she describes as a “threatening” letter sent to her by NUIG in relation to her use of data.

The university warns that it will take “any appropriate action” if she does not give assurances that she will “no longer reference data relating to other employees of the university in future”.

NUIG said in a statement that “it is standard practice in the university to review a promotion scheme once a promotions round has been completed, as part of a continuous process of change and enhancement”.

“The review of the 2013-14 senior lecturer promotion round is currently taking place,”it said.

“Both boards of assessors provided feedback on the scheme ahead of an initial feedback meeting, which was held at the end of February 2015. Follow up meetings are due to be held shortly to finalise feedback on the 2013-14 scheme before announcing a new scheme for 2016.”

“In a completely separate process, the appeals board for the 2013-14 senior lecturer promotion round made recommendations to the governing authority on the outcome of appeals made by a number of candidates,”it said, and it “did not have sight of the feedback from the ABL panel, which came after the appeals process”.

It said that NUIG “considers the 2013-14 senior lecturer scheme to be a fair and robust scheme in respect of gender equality.”

“Between 2008 and 2013, the university made a number of very significant changes to its senior lecturer promotion scheme to ensure greater gender equality including making provision for affirmative action, whereby at least one third of all promotions were guaranteed to go to women, gender awareness training for all board members and gender balanced boards of assessors,”it said.

“ The outcome of the 2013-14 senior lecturer promotion scheme was that 39 per cent of promotions went to female candidates,”it said.

“ NUI Galway is completely committed to achieve gender equality across all of its processes and procedures,” it concluded.