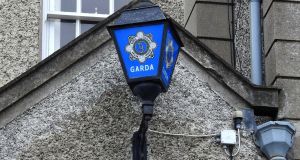 Operation was part of a co-ordinated effort from gardaí attached to the Garda Extradition Unit and Garda National Bureau of Criminal Investigation. Photograph: iStock

Nine people have been arrested by gardaí this week on foot of European arrest warrants.

The seven men and two women, aged 28 to 63, were all arrested between Monday, December 21st, and Wednesday, December 23rd as part of a co-ordinated effort from gardaí attached to the Garda Extradition Unit and Garda National Bureau of Criminal Investigation. Local members across the country also assisted with the arrests.

Any EU country may issue a European arrest warrant to seek the return of a person who is wanted in that country for a crime. The majority of the arrest warrants acted upon this week were for people wanted in the UK.

Wanted in Poland was a 52-year old man in Wexford for fraud offences and a 39-year-old man in Naas, Co Kildare, for false imprisonment and drugs offences.