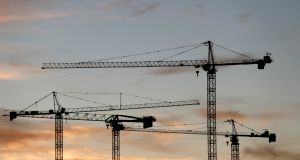 Sources in the construction industry said a strike by workers in the mechanical and engineering sector could have had a major impact on larger building projects across the country.

A threatened strike involving key workers in the construction sector has been averted following a decision by employers to pay a 2.7 per cent pay rise.

Employers in the mechanical construction sector specialising in areas such as heating, ventilation and air conditioning services have agreed to pay the increase, which formed part of an earlier agreement in the sector.

It is understood that the Mechanical Engineering Building Services Contractors Association (MEBSCA) agreed to pay the increase backdated to the beginning of September.

Earlier this week the trade unions Connect and Unite had served strike notice on the employers in the sector in a dispute over the pay increase.

Sources in the construction industry said a strike by workers in the mechanical and engineering sector could have had a major impact on larger building projects across the country.

Strike notices have been withdrawn on foot of the commitment by employers to pay the 2.7 per cent increase.

The trade union Unite said on Friday that that unions had secured an agreement with employers in the MEBSCA section of the Construction Industry Federation, “which will ensure payment of agreed pay increases due from September 1st”.

Unite said the increases would be “backdated where appropriate”, and that the new agreement with MEBSCA would also send a signal to non-mechanical employers.

Workers in the general construction sector have voted for industrial action if employers fail to pay a 2.7 per cent pay increase scheduled to come into effect next month.

The pay rise is set out under the terms of a legally-binding sectoral employment order for the general construction sector.

However, earlier this year the High Court ruled that legislation allowing for the making of sectoral employment orders was unconstitutional. A stay has been put on this pending an appeal by the Government

A number of unions representing workers across the construction sector organised protective ballots for industrial action to take effect if employers sought to reduce terms and conditions or not implement the provisions of existing sectoral employment orders.

The unions said on Tuesday that all sectoral employment orders currently in place “have the force of law”.

The construction industry committee of the Irish Congress of Trade Unions - comprising unions such as BATU, Connect, OPATSI, Siptu and Unite - said under the general construction sectoral employment order a pay increase of 2.7 per cent was due to be paid on October 1st.

It said employers were required to pay this increase, and a failure to do so would be a breach of the sectoral employment order and unlawful.

Unite said on Friday: “ Last week, many employers had failed to pay the increases due under a collective agreement. Unite and Connect conducted protective ballots in which members voted overwhelmingly to take industrial action in the event that any employer failed to pay the agreed increases. Similar increases fall due in the wider construction sector on October 1st.”