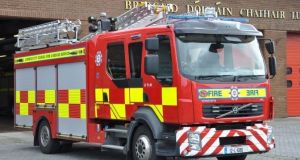 Tributes are being paid to a 79-year-old life-long member of Fianna Fáil who died in a house fire in Co Limerick.

Tim Corbett, chairman of Newcastle West Fianna Fáil Cumann, died tragically in a blaze at his home in Co Limerick on Tuesday night.

The alarm was raised at about 9.30pm when a neighbour noticed smoke emerging from Mr Corbett’s home at Assumpta Park in Newcastle West.

The 79-year-old father of two was found in an upstairs bedroom after gardaí broke down the front door to gain access.

Two units of Limerick Fire and Rescue Service from Newcastle West fought the fire and remained at the scene until shortly before midnight.

Gardaí in Newcastle West say they are treating the fire as a tragic incident.

A postmortem was due to be carried out at University Hospital Limerick on Wednesday afternoon.

Mr Corbett is survived by his two adult daughters, Christine and Marie, and his wife Margaret, who lives in a nursing home.

Neighbour and care worker Michael Coleman had been looking after Mr Corbett for the past 16 years. News of the tragic death came as a huge shock to the community, he said.

Describing what happened on Tuesday evening, Mr Coleman said “a friend of mine was coming to my house and she noticed that the alarm was going off and the next thing is I looked out and I saw smoke coming out of the chimney.

“We knew something had to be wrong when we couldn’t get him on the phone - because I have a connection up to his phone so I knew there was something wrong.

“He used to go to bed very early and he would always have the door opened for me in the mornings,” added Mr Coleman, who gave Mr Corbett his breakfast every morning.

He said the residents of Assumpta Park are very close. “I looked after him every morning and I would see that he had his breakfast and have his toast, clean his house and everything as I worked for Carebright, and I was looking after his wife as well but she is gone in to a nursing home.

“Tim was down-to-earth - he loved his pipe, he loved his scratch cards and that was his life because if he hadn’t his pipe he had nothing.

“It’s heartbreaking - he was huge and well-known around - a Fianna Fáil man through and through. He was secretary of Fianna Fáil and was very well liked.

“We will miss him dearly - I will anyway because I’m going in there for the last 16 years so I was like the son they never had.”

Local Fianna Fáil TD Niall Collins recalled how Mr Corbett was a strong ally of his uncle Gerry Collins, the former MEP and minister for justice, and said he had been a life-long member of the party.

“I was very shocked to hear of his tragic death and I would like to express my sympathy to the family on the great loss of a very fine gentleman who was very active in his local community throughout his life,” said Mr Collins.

The circumstances surrounding the fire are not thought to be suspicious.