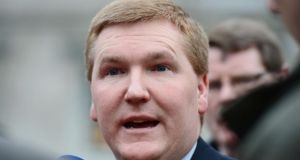 There is less money available for spending on new measures in the budget than had been previously flagged by Minister for Finance Paschal Donohoe, Fianna Fáil has said.

Michael McGrath, Fianna Fáil’s spokesman on finance, said there is less than the €700 million initially allocated for new measures, such as minimal tax cuts and welfare increases.

Mr Donohoe has said he will have € 2.8 billion to spend on budget day next Tuesday, October 8th, with € 2.1 billion of that already pre-committed.

The budget is being shaped to deal with a no-deal Brexit and Mr Donohoe will borrow more to support at risk sectors of the economy in the event of a no deal Brexit.

Mr McGrath and Barry Cowen, the Fianna Fáil public expenditure spokesman, are still negotiating the details of the budget. Fianna Fáil’ support is needed to pass budgets under the confidence and supply deal.

On Friday, the pair gave an update on budgetary talks to date and Mr McGrath said there is now a “very different picture indeed” on overall figures than that previously outlined by Mr Donohoe.

“We would have gone into these discussions and on the assumption of the information given that you were looking at an overall budget of around € 2.8 billion, of which € 2.1 billion was pre-committed, leaving head room of about 700 million euro for a package of budgetary decisions,” the Cork South Central TD said.

“But it seems to us that when the Minister for Finance gets into discussions with the various line departments, the picture is very different indeed and that the amount of money actually needed to stand still before you make any new policy decisions is far greater than the €2.1 billion.

“That is certainly an issue and it makes it challenging for us to ensure that we can get the best possible outcome for our country. And for the people that we represent.”