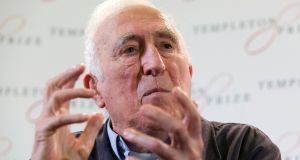 A report to be published on Tuesday will implicate the founder of L’Arche, which helps people with intellectual disabilities and has four communities in Ireland, in the sexual abuse of women.

The inquiry into L’Arche founder Jean Vanier was undertaken by UK-based GCPS Consulting, which “specialises in helping organisations ensure the safety of children and other vulnerable groups”.

It found that the abuse continued into the 2000s. L’Arche helps people with intellectual disabilities, but it is understood that none of the abused women was in that category. The organisation has declined to comment.

Mr Vanier, a devout Catholic, died last May aged 90. One month later, in June 2019, L’Arche announced it had “commissioned an external organisation to conduct a thorough and independent inquiry that will allow us to better understand our history”.

The original intention was to publish the report last September.

L’Arche, both in Ireland and internationally, is preparing people associated with it for the publication of the report on Tuesday. Senior L’Arche personnel in Paris and Ireland said on Friday they did not wish to comment at this time.

Another source said the findings were “very disappointing”. It is understood that senior figures in the Catholic Church in Ireland have already been made aware of the report’s findings ahead of its publication.

L’Arche was founded near Paris in 1964 by Mr Vanier to look after people with learning difficulties.

It was named after the biblical story of Noah’s Ark and has more than 10,000 members in 149 communities in 39 countries worldwide. Since 1978 it has developed four communities in Ireland – in Dublin, Belfast, Cork and Kilkenny – where up to 60 people are cared for. It also provides day services to more than 100 others more.

In 1971 Mr Vanier also founded the interdenominational Faith and Light to help people with learning difficulties. It has more than 1,600 such communities in 80 countries, including 23 on the island of Ireland.