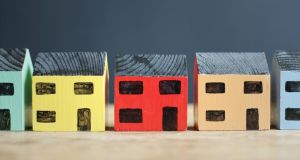 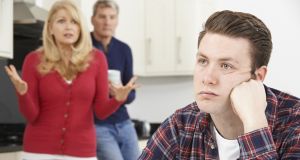 The statistics show that Ireland is firmly among a group of southern and eastern European countries that show high levels of younger people still living with their parents. Photograph: iStock

The number of Irish people aged 25-29 living with their parents grew at one of the highest rates in Europe between 2007 and 2017, a new report has shown.

The report, by EU agency Eurofound, shows the rate of people in this age bracket increased 11.2 percentage points to 47.2 per cent. This compares with a 2 per cent increase across the EU over the same period.

It comes as builders here warn that State efforts to bolster social housing, along with activity by investment funds, threaten to squeeze out first-time buyers.

Researchers at the EU agency, which is charged with monitoring working and living conditions, found that “for those aged 25-29, the largest increases were in Luxembourg, Ireland and Romania”. The agency said that across Europe, many young adults had been forced to move home after the recession, comprising a so-called “boomerang generation”.

“This happened because young people just entering the labour market were often the first ones to lose their jobs as redundancies were introduced,” the report states.

Eurofound examined trends in young adults living at home as part of a wider study into household composition and wellbeing. It found that in general, subjective wellbeing was worse among young adults living with their parents than those living independently, especially among the over-25s.

The agency compared the 2007-2017 period as it was the fullest data set available to researchers. Provisional data from Ireland for 2018 suggests the overall figure may be declining. However, as not all countries have reported 2018 data and the Irish figure is provisional, Eurofound said the 2007-2017 period offered more complete data and a more valid analysis.

Even if that reduction is borne out, the statistics show that Ireland is firmly among a group of southern and eastern European countries that show high levels of younger people still living with their parents.

The Irish figures are more comparable to the likes of Lithuania, the Czech Republic, Romania and Latvia.

Near neighbours show lower levels of young people living with parents, such as France (22.3 per cent) and the UK (24.9 per cent). Wealthy Nordic countries exhibit the lowest levels: Norway at 8.4 per cent, Finland at 6.9 per cent and Denmark at 4.3 per cent.

Meanwhile, the Construction Industry Federation said that only around 8,000 of 21,000 homes completed last year were brought to the market.

Of the remaining 13,000 homes built, 5,068 were one-off dwellings, which are generally built by their owners and not offered for sale, while a further 4,392 were acquired or leased by the State for use as social housing.

The federation said the €386,000 average cost of a home in Dublin is now beyond most would be first-time buyers. It argued that a young couple with a combined income of €94,000 would still be unable to get a mortgage that would allow them to buy a home at that price.