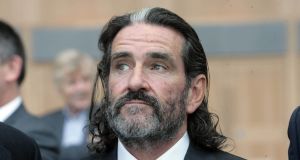 Dublin City Council had taken judicial review proceedings against the board’s decision, arguing the council’s planning scheme for the lands did not permit a 13-storey building. The case was the council’s first legal challenge to a grant of planning permission by the board.

In the High Court in late February, Mr Justice Denis McDonald made orders quashing the board’s decision, and returning it to the board for a fresh determination. The board had consented to the ruling.

The board has now issued its new decision, again granting Mr Ronan’s company permission for the tower, but outlining new reasons for the decision.

The board had last December granted Ronan Group Real Estate (RGRE) permission for almost 550 apartments and co-living units in blocks up to 13 storeys, against the recommendation of its inspector.

The site is in a strategic development zone (SDZ), with heights set at five to seven storeys. The council has applied to the board to amend the SDZ, which would increase height on the site to 12 storeys. However, the board has yet to make a decision on this application.

The board’s inspector last November said Mr Ronan’s application was “premature” pending the outcome of the SDZ process, and said the current height limits of five-seven storeys still applied until the board issued its decision on the SDZ amendments.

In its new decision, the board acknowledged the development would “materially contravene” the SDZ with regard to its height limits, but said granting permission “would be justified” due to national policies on height, the pattern of development in the area, and the “strategic or national importance” of the proposed development.

The board acknowledged it was not entitled to determine the application based on “proposed future iterations” of the council’s planning scheme, (on which the board has yet to issue a decision). However, it said it was satisfied it did have the “requisite jurisdiction” to grant permission for a strategic housing development that would materially contravene a development plan and would be “inconsistent” with the planning scheme.