House where Ana Kriégel was murdered could be cleared for demolition 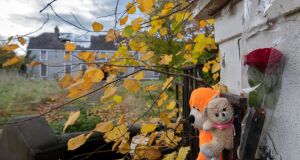 Local politicians have said it may be appropriate to remove the protected structure status afforded to Glenwood House, the property where Ana Kriégel was murdered.

If the house, which is privately owned by well-known hoteliers the O’Callaghan family, is removed from the protected structure list, it could pave the way for its eventual demolition.

Councillors have also urged, however, that any decision not be rushed, and that respect for the family would be paramount in any process.

John Walsh, a Labour councillor, said he had no objection to the demolition of the house if that was the wish of the family. However, he urged caution in pursuing such a move.

“Following such an awful crime, it’s important to proceed in a way that is sensitive and doesn’t in any way generate a public debate which could be difficult for people involved,” he said.

“We need to be very sensitive to the terrible tragedy that has occurred and bear in mind it could be a reasonably protracted process involving the opportunity for public comments or submissions.”

“My personal preference would be for the house to be removed from the protected structure list, enabling it to be demolished,” said Ted Leddy, a Fine Gael member of Fingal County Council. The house is located on the border of Dublin and Kildare, just north of the river Liffey, placing it in Fingal, though the closest town centres are in other local authority areas.

Green Party Councillor Roderic O’Gorman said he would have no issue in principal with removing it from the list to allow for demolition.

“I would like to hear from Fingal Heritage officer first before making a final decision, but in light of the tragedy that has happened there, demolition of the house seems appropriate.”

Councillor Howard Mahony (FF) said he would have “no problem with removing it (from the list) with a view to taking it away”.

For a structure to be deleted from the register, the local authority must inform the Minister, the Heritage Council, the Arts Council, An Taisce and Fáilte Ireland. A sign must also be displayed for between six and ten weeks, and comments from members of the public are permitted.

The demolition of properties where particularly notorious crimes have taken place is not uncommon. In the UK, the former home of Fred and Rose West in Gloucester was demolished, as was the house where Ian Huntley murdered schoolgirls Holly Wells and Jessica Chapman.

In Ireland, Cork County Council last year said it would work with the surviving members of a family with a view to demolishing a house where a murder suicide took place in Charleville. Often the demolition of such houses is taken as a pre-emptive step to prevent people visiting the sites of notorious crimes.

Sherborough Properties, the O’Callaghan family development company has owned the site since the early 2000s. The company has secured a planning permission for a 62-bed nursing home. Paul O’Callaghan, a director of the company, said the development of the site would be guided by what could be agreed with Fingal County Council. There are no immediate plans to build on the site, he said.

“We are working closely with [Fingal County Council] and developing plans about how to do it properly.”

The house was constructed around 1800, according to the National Inventory of Architectural Heritage.

A spokesman for Fingal County Council said that early-stage works have begun in recent weeks to secure access to the site and stabilise the building.

“Works have commenced at Glenwood House in Lucan. Officials from Fingal County Council held an on-site meeting with the owners this week. Some preliminary works are already underway under the derelict sites act/sanitary services act,” he said.

“In addition to the works to secure the site, an interim protection plan consisting of stabilisation and protection works to the historic buildings to prevent further decay have also been agreed with the Council.”

A programme of works has been agreed with the relevant sections of the local authority, and it is expected it “will advance significantly shortly”, a council spokesman said.

Conservation body the Society for Old Lucan said it is not aware of any plans to demolish the building. “We would expect any future plans to respect the wishes of the Kriégel family,” a spokesman said.