Half of Co Mayo water supply tainted by parasite 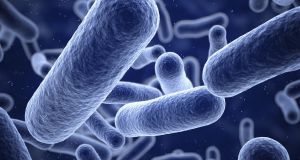 The fountains were switched off “immediately” after the cryptosporidium alert was issued for south Mayo by Irish Water last Friday.

“So now we have people still buying empty bottles, but coming back to return them,” said Margaret Conboy of St Anthony’s Shop.

The Environmental Protection Agency (EPA) was due to begin an audit of the Lough Mask water treatment plant today, but agencies said they still did not know how the contamination affecting half of Mayo’s water supply occurred.

Irish Water said the cryptosporidium was detected in one sample of water only, and that the results came back from the laboratory on Friday evening and were acted upon straight away.

It added: “As of this point in time, Irish Water has not been made aware of any confirmed cases of cryptosporidiosis in the community as a result of this detection.”

However, the incubation period for cryptosporidium – which became a household word after the Galway alert in 2007 – is 14 days. So general practitioners serving the south Co Mayo towns of Castlebar, Westport, Claremorris, Ballinrobe, Ballyhaunis and Knock have been asked to be vigilant.

The communities of Ballindine, Balla, Kilmaine, Cong – including visitors to Ashford Castle – are also affected, as are the participants in group water schemes supplied from Lough Mask. 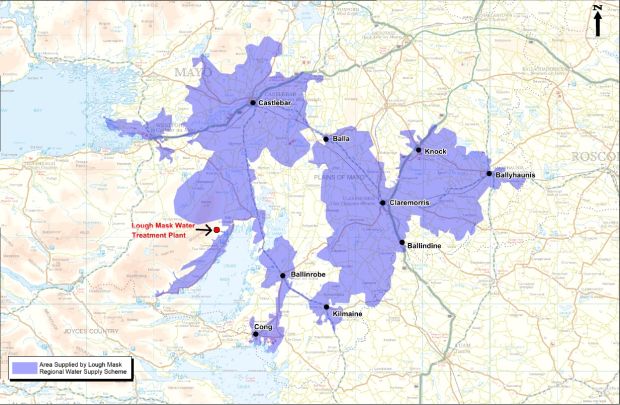 The hospital said it had a risk management plan in place and was supplying bottled water at present.

“But we are investigating a longer-term solution at a lesser cost,”the hospital said.

“I had to bring a palette of bottled water up to the hospital caterers this morning,” Paul Scriney, of Scriney’s shop in Lower Church Street, Castlebar, said.

“The panic buying is over, but we ran out of five-litre packs on Saturday morning and had to get in more supplies.

“Irish people will panic at the slightest thing.”

“I had been thinking about it and then my father advised me that it would be a goodwill gesture,” he said.

Sitting up at the bar was Independent Mayo councillor Michael Kilcoyne, just after his dinner in the middle of the day.

“I’ve heard of shops putting the price up in the county area,” he said. “I do think that Irish Water should provide bottled water for the elderly and those on fixed income.”

The kettle is a high-level user of electricity, he added. He said he was concerned about the cost for families who are already struggling to pay bills.

In Stack’s bar on Thomas Street, a sign up at the counter told customers that “ice was bought in Ballina”. The north of the county is not affected by the alert.

However, Dermot Coady of Coady’s bar and undertakers, pointed out that bagged ice is available in most shops for one euro.

One of the main concerns among customers in Byrne’s bar was the possible impact on the health of the Mayo football team, preparing for the All-Ireland final.

The county’s main town is en fete, with flags and bunting and T-shirt – including one edition with the slogan “Keep calm, Mayo, for Sam” – in preparation for the match.

“So we are not losing too much sleep over parasites – only if they are from Dublin,” one customer quipped.

1 Incidence of Covid-19 in Ireland surpasses UK rate for first time
2 Teddy’s Ice-Cream among businesses issued with closure order by food safety body
3 ‘We can be fined how much?’ Shoppers mask up in Dublin city centre
4 O’Doherty ‘trying to evade’ service of defamation proceedings, court hears
5 Coronavirus: Non-essential travel from US set to be banned within days
Real news has value SUBSCRIBE