Gardaí break up party with 100 attendees in Co Cork shed 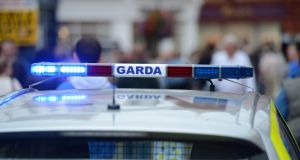 Gardaí broke up a party by up to 100 people in Co Cork which was held in breach of Covid-19 regulations on gatherings on Thursday night.

Over 30 gardaí, including members of the Regional Armed Support Unit from Cork, descended on a shed on the Glen Road, between Blarney and Grenagh, at around 11pm on Thursday night after learning that a party was in progress.

They found up to 100 people, men and women of various ages, partying and drinking alcohol from bottles and cans in the shed which had been rigged up with a generator to supply lighting and heating for the event.

Gardaí explained to those present that they were in breach of Government Level 5 guidelines which prevent any sort of gatherings other than in small numbers for funerals and weddings.

Most of those present were from Cork city and gardaí also pointed out to them that they were also in breach of the Level 5 guidelines as they were more than 5 kilometres from their homes.

None of the group were wearing masks and none were socially distancing within the middle sized galvanised shed which was very crowded with people according to one garda source.

Gardaí said that the group dispersed without protest and there were no incidents and no arrests but they were now preparing files for the DPP on the matter in relation to breaching Covid 19 regulations.

Minister for Health Stephen Donnelly said the Government was reinforcing the “stay at home” message as the UK variant of the virus was in Ireland at a “significant level” and across all parts of the country. The South African variant was detected for the first time in Ireland on Friday.

The Department of Health said it had been notified of 8,248 new cases of the disease on Friday and a further 20 coronavirus related deaths.