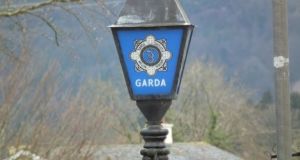 Gardai have begun harvesting CCTV footage from the Passage West area to see if it can explain what happened to the man.

Gardaí investigating an incident in Cork where a man was found with head injuries on a roadway now believe that the man fell and was not the victim of a hit and run as originally feared.

The 74-year-old man was found lying with head injuries in the middle of the roadway at Cork Street in Passage West around 2.30am by a passing motorist who raised the alarm.

The emergency services attended and the man was removed to Cork University Hospital but he was unable to tell paramedics what happened to him and how he sustained his injuries.

Gardaí closed the road and cordoned off the scene for a technical examination by a Garda forensic crash investigator as they investigated whether he may have been hit by a car which failed to stop.

But the forensic crash investigator found no evidence of any debris on the road to suggest that the man had been hit by a car and gardaí believe he fell and hit his head on the roadway.

Gardaí also carried out door to door inquiries in the area and established that the man, who is from the Passage West area, had been socialising in a local pub, earlier in the night.

“We are satisfied from our inquiries and examination of the scene where the man was found that there was no criminal element to the man suffering his injuries,” said a Garda spokesman.