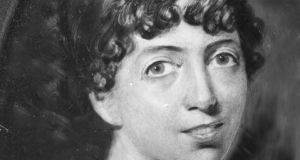 Mary Ann McCracken – a philanthropist and social reformer who had a lifelong involvement with the Belfast Charitable Society. 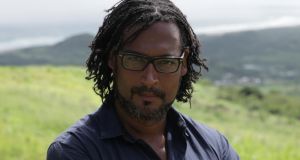 Historian Prof David Olusoga, who helped launch the foundation, says engaging with these complexities is ‘about having a grown-up approach to history’. Photograph: Belfast Charitable Society 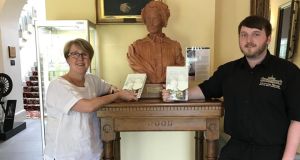 Even in her late-80s Mary Ann McCracken was a familiar sight at Belfast docks, where she handed out anti-slavery leaflets to emigrants and sailors about to leave for America.

So opposed to slavery that she refused to eat sugar, Ms McCracken – whose brother was United Irishmen Henry Joy – was also a philanthropist and social reformer who had a lifelong involvement with the Belfast Charitable Society.

Now a foundation in her name set up by the society is to be launched virtually in Belfast on Wednesday night by historian Prof David Olusoga.

Its aim is to celebrate her life , to “write women into history again”, said society chief executive Paula Reynolds, as well as to build on her legacy by learning about slavery and addressing its legacies, tackling disadvantage, and promoting education. “These are the causes that, if Mary Ann was alive today, she would be championing.”

The foundation aims to shed new light on Belfast’s association with the slave trade and those who campaigned against it. “Belfast was almost built on the back of it. Even though it wasn’t a slave port, there was a lot of wealth in Belfast because of slavery,” said Ms Reynolds.

Belfast was home to sugar refineries and a thriving business making shoes for slaves, and a number of merchants made their fortunes through trade with the Caribbean.

Some of these were on the board of the Belfast Charitable Society, which ran the Belfast Poor House, now Clifton House. They included Valentine Jones, who imported wine and rum from the Caribbean and whose son owned a slave plantation in Barbados, and Waddell Cunningham, who tried to set up a slave-trading company in Belfast.

Also on the board were members who had links to the United Irishmen, including Thomas McCabe, who blocked Mr Cunningham’s proposed slaving company.

“Here were people who were basically running slave ships – because Waddell Cunningham ran ships between Caribbean islands – but they were involved here trying to help the poor,” said Ms Reynolds.

Prof Olusoga said engaging with these complexities was “about having a grown-up approach to history. It’s never simple and it’s certainly never neat, and what it is is morally complicated.”

In Britain and Ireland, he believes, people are on a “journey of discovery” made necessary by the “silence” of previous generations. “I think we decided it was a handful of cities...and the rest of the country was somehow unaffected.”

Those who will redress this, he believes, are young people. “This is a generation that doesn’t need history to give them fairytales. They want the truth.”

The launch of the Mary Ann McCracken Foundation: The Legacies of Slavery takes place on Wednesday t at 7.30pm. cliftonbelfast.com