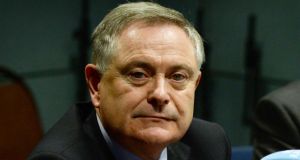 The National Union of Journalists has called for a subcommittee considering proposed amendments to the Freedom of Information (FOI) Bill to adjourn its talks pending consultation with journalists and other FOIusers.

The union has written to the chairman of the sub-committee on Public Expenditure and Reform, Deputy Ciaran Lynch, asking him to call a deputation from the union to discuss amendments to the FOI Bill 2013 announced by Minister for Public Reform Brendan Howlin last week.

The union wants the subcommittee, which began its considerations this afternoon, to adjourn consideration of the Bill pending consultation with the union and FOI users.

NUJ secretary Séamus Dooley said the new charges would make the use of FOI unaffordable and would undermine the significant reforms contained in the Bill.

Meanwhile, a number of organisations have issued statements opposing Government amendments to the proposed Bill which they say will weaken Ireland’s FOI regime.

Amendments to the Freedom of Information Bill include a clause stating that, where a request is made up of two or more parts “seeking separate and distinct information” relating to “different functional areas” of the body to whom the request is made, the requester will be required to pay fees for each part.

“Restoring FOI legislation to its pre-2003 form was one of the key commitments of the current Government. This late-stage legislative amendment instead compounds the damage done by the retrograde 2003 Act. Increasing fees for FOI is at odds with the Government’s transparency agenda,” he said.

Mr Parfenov said the amendments would make FOI “prohibitively expensive and therefore, in large parts, unworkable, unjust, and contrary to the intent of the concept of freedom of information”.

“Access to information is regarded as a fundamental human right. It also affords the public the opportunity to see how government decisions are made, and makes for better informed voters,” she said.

“There is no economic case for FOI fees. The argument that FOI costs too much to administer ignores the reality that the information revealed by use of FOI in the public interest over the past decades has saved the taxpayers millions.”

Helen Darbishire, vice president and executive director of Access Info Europe said “ there can be no charge made for exercising the fundamental right to ask for information from public bodies”.

She said the FOIs fees charged in Ireland were “disproportionate” and “way out of line” with other countries with FOI regimes, most of which do not charge fees at all, adding that Ireland was the only country in Europe which still charged upfront FOI fees.

She rejected comments made by the Tánaiste Eamon Gilmore, who said yesterday that it was “reasonable that a reasonable charge is paid where there are multiple requests and where very considerable resources sometimes have to be mobilised.

Ms Darbishire said: “Sometimes there will be resources mobilised to answer a request but if we look on balance...at the cost of answering requests versus the potential benefits to society: improving efficiency, revealing corruption, people using the data for all kinds of purposes that we can’t measure in monetary terms - it’s really dangerous to monetise the what has been recognised as a fundamental right.”

Toby Mendel, executive director of the Canadian-based Centre for Law and Democracy which, along with Access Info Europe, produces an annual ranking of the level of each country on their legal framework for the right to information, said it was “inappropriate” for governments to charge a fee simply for making an FOI request, adding that the European Court of Human Rights and other international courts has deemed the right to information to be a human right.

Mr Mendel said about 80 per cent of countries with freedom of information regimes do not charge fees for making requests, adding that, compared to other countries which require an initial fee such as Canada and India, Ireland’s €15 charge was “certainly high”.