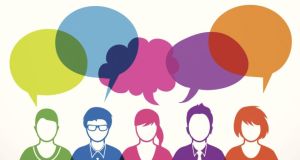 Index on Censorship, a UK-based international organisation which promotes freedom of expression, has called a recent European Court of Human Rights ruling “alarming”’ and a “truly troubling judgment for website operators and moderators”.

A recent ruling by the European Court of Human Rights (ECHR) has called into question the provisions of the Ecommerce Directive and the liability of media organisations for online comment.

The ECHR was ruling on the case of Delfi AS v. Estonia. Delfi, a popular news and features website in the Baltic region, was challenging a ruling by the Estonian courts that the site was responsible for comments posted online by its users.

In January 2006 Delfi, published a news article about SLK, a ferry company which had announced changes to a number of its operating routes. The changes drew criticism online and of the 185 comments posted by users, 20 were deemed insulting and/or threatening in nature. Some of those comments were directed at the majority shareholder of SLK, which the court referred to simply as “L”.

Two months later, lawyers on behalf of “L” contacted Delfi and asked for a number of comments to be removed, and for damages of 50,000 kroons (approximately €32,000) to be paid. Delfi immediately took down the comments in question but refused to make any payment in damages.

Websites in Europe that facilitate online comment tend generally to describe themselves not as the publishers of this content, but as “intermediaries”.

This is because an EU law known as the Ecommerce Directive offers a level of protection for European websites from liability for online content if they have no prior knowledge of the content in question.

The Ecommerce Directive sets out that an “intermediary service provider” can use a “hosting defence”. In effect, they may host and present information submitted to them by their readers and/or users, but if they have no knowledge of defamatory comments then they are not liable for them. The directive goes on to say that member states cannot oblige intermediaries to monitor comments for potential criminal or civil wrongs in advance of them being presented online.

This “hosting defence” only offers protection for a website if, upon being notified of a problem with a comment, it “acts expeditiously to remove or to disable access to the information”. The hosting defence should provide websites, such as Delfi, with immunity from civil liability; especially given that in this case the comments were removed on the same day that they were flagged by lawyers acting on behalf of “L”.

Nonetheless, “L” proceeded with legal action against the Delfi website and was unsuccessful. The county court ruled that Delfi was indeed an intermediary service provider, and was immune from liability under the hosting defence provisions of the Ecommerce Directive. This was challenged to the high court and, ultimately, an amount of 5,000 kroons was awarded – approximately €320, or 1 per cent of the original claim.

This high court ruling was appealed to the supreme court and upheld. The Estonian higher courts therefore found that the comments were defamatory and that Delfi should be considered the publisher of the comments. Delfi’s claim to be an intermediary service provider under the Ecommerce Directive had been defeated.

An appeal by Delfi to the ECHR resulted in the judgment delivered earlier this month, which saw the court broadly agreeing with the interpretation of the Estonian courts. The ECHR ruled that Delfi should have known that the published article would draw severe criticism and should therefore have acted to prevent any defamatory comments from being presented online.

The court also deemed that word filters installed to prevent obscene language from being posted offered a level of filtering of comment which should have been extended to defamatory statements. With regard to who was responsible for content posted online, Delfi argued that it was the responsibility of the individual users posting the comments, but the ECHR ruled that it would have been disproportionate to have “L” establish the identity of each individual commenter and pursue them individually.

The ruling by the ECHR has been criticised by legal and academic experts in the area of freedom of expression, online comment and the area of intermediary liability on the internet.

Index on Censorship, a UK-based international organisation which promotes freedom of expression, has called the ruling “alarming”’ and a “truly troubling judgment for website operators and moderators”.

Gabrielle Guillemin, a former lawyer at the ECHR and current legal officer with free speech organisation Article 19, says the ruling is a surprise to anyone familiar with intermediary liability, describing it as a “serious blow to free speech online” which failed to understand the purpose of the Ecommerce Directive when it comes to intermediaries .

The ruling is sure to be challenged. The uncertainty around its implications creates an uneven playing field between websites based on which side of the Atlantic they are located. US-based companies boast strong defences against liability for comments or content posted to their services. The Communications Decency Act sets out that US intermediaries, be they news sites, social media networks or individual bloggers, cannot be held legally responsible for comment. The Ecommerce Directive had sought to ensure that, once problematic comments were removed in a reasonable amount of time, intermediaries could not be held responsible. The ECHR ruling has now called this into question.

The ruling against Delfi bucks a recent trend where users themselves are being personally held responsible for the comments they post online, and there have been cases where individual users have been successfully identified as a result of comments posted online, allowing the websites to be identified as intermediaries, immune from civil liability. Last year the High Court in Ireland granted a court order to US Oil Gas plc to obtain the identities of a number of commenters from the popular Irish discussion forum Boards.ie.

In what may be a sign of how the law is interpreted, and indeed how liability for comment is seen, earlier this year another county court in Estonia handed down a suspended jail sentence to a person for comments they posted on the same Delfi website. In that case Delfi was not pursued or held liable for the remarks posted.

While Delfi has yet to make a formal statement following the initial ruling of the ECHR, editor Urmo Soonvald last month spoke out against the concept of restricting comment online. Speaking to the Estonian Open Society Forum, he said comment – and anonymous comment in particular – allowed people to participate in public discussion. The issue, according to Soonvald, is not the great majority of online commenters, but the small number who do not know how to behave online.

On the question of liability for online comment, attention is turning increasingly towards the user and away from publishers. That means that, despite the ECHR ruling, commenters are likely to be pursued in greater numbers for what they post online.