EPA says ESB Networks failed to identify 48 leaks to local authorities, and also failed to screen for damage to the environment 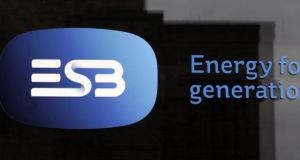 “The finding is ESB Networks had knowledge of the leaks, they knew about them, they knew the extent of them, they didn’t do the screening process when the leak occurred or in the months afterwards”

ESB Networks will face no immediate penalties despite at least 500,000 litres of potentially harmful cable fluid leaking from its pipes over a 25-year period.

The leaks, which were the subject of a whistleblower complaint and a documentary on RTÉ television last year, were investigated by the Environmental Protection Agency (EPA), which published a report on the issue on Wednesday.

The EPA report found that there were a total of 75 leaks of insulating liquid from cables between 1993 and the present day, with 68 of those occurring before June of last year, when the issue came to public prominence.

According to the report, ESB Networks failed to identify, as it was obliged, some 48 of these leaks to local authorities. It also failed to screen for damage to the environment arising from the leaks as it was obliged to do so under strict EU anti-pollution rules known as the Environmental Liabilities Directive.

“The finding is ESB Networks had knowledge of the leaks, they knew about them, they knew the extent of them, they didn’t do the screening process when the leak occurred or in the months afterwards,” said Pat Byrne, a senior inspector with the EPA.

After the failures emerged last year the company undertook a post-facto screening exercise. The EPA found that while screening for damage “should have been undertaken at an earlier stage by ESB Networks, this has now been completed to the EPA’s satisfaction, and the outcome is that there has been no environmental damage as defined by the directive. The EPA, therefore, considers that further enforcement action under the directive is not warranted,” it said in a statement.

The ESB, however, may still face sanctions. The screening process outlined in the EU directive is designed to tackle serious and large incidents, and therefore the bar for a finding of environmental damage is quite high, according to the EPA.

Further site-specific investigations and environmental assessments are now under way at all 75 sites. These more in-depth investigations will not be completed, however, until the end of 2023. This is despite the EPA stating in its report that it “considers that the environmental assessments should be completed within a significantly shorter period”.

The results of these investigations must be reported to local authorities, who will then decide whether enforcement action should follow. The EPA suggested it would be monitoring this process closely.

“While the EPA would not tell the local authorities what enforcement action to take, their performance in this regard will be a matter for review by EPA in future under our supervisory role,” the agency said in a statement.

If further damage is discovered there is no power to fine ESB Networks under existing legislation, but it may face charges at District Court level.

Mr Byrne agreed that the testing done by the agency had not yet shown serious environmental damage arising from the leaks.

“We haven’t seen something dramatic in those results that we can say that links back to a leak. The impact may not have been massive, [but] that’s not to take away from the procedural aspect.”