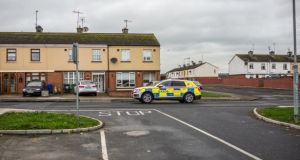 Drogheda needs at least 25 more gardaí to combat an escalating gang feud that in the past week has seen arson attacks and a shooting, a Fine Gael TD has said.

Gardaí are currently investigating three arson attacks in the town on Sunday morning and they suspect the incidents are linked to a worsening feud in the town.

Last week a man was shot three times and wounded in Drogheda. While he survived, gardaí believe the gunman was intent on murdering him.

The motive for that attack appears to be that the injured man is associated with some of those involved in the feud.

That feud is being waged between two drugs gangs based mainly in Drogheda, though some of the gang members live in other parts of Co Louth and in Co Meath, where some of the violence has occurred in recent years.

The frequency of the attacks has recently escalated sharply and is now of real concern to local gardaí.

“There’s fear in the town, there’s deep concern, we need and must have more gardaí,” Fergus O’Dowd said.

“That’s the bottom line, the gardaí must have the resources they need, whatever they are, to make sure that these gangs are put away,” the Fine Gael TD told RTÉ’s Morning Ireland.

Mr O’Dowd explained that two criminal gangs in the town are fighting a war over drugs and territory, “placing the entire population of Drogheda at risk.”

He said he had been told by local gardaí that a young girl passing by the shooting of a man on the street last week had missed a bullet “by eight inches.”

Mr O’Dowd said he had a letter from Assistant Garda Commissioner Finbar O’Brien acknowledging that the ongoing criminal feud has placed considerable strain on the resources of the Drogheda district and Louth gardaí.

He pointed out that the towns of Drogheda and Dundalk, “are basically the same size,” but Drogheda has 35 fewer gardaí than Dundalk. “But they both have serious problems. Dundalk needs that number of gardaí and we need it too.

“I’ve been speaking to the Minister and he’s reassured me that armed gardaí are now patrolling the streets of Drogheda and more gardaí are on their way. I very much welcome that,” Mr O’Dowd said.

“People need to be reassured. It’s a red line issue for us. Crime must not pay. People must be safe on the streets, you should be able to walk the streets of your town without fear.

“The problem with the two shooting incidents in Drogheda, the perpetrators were able to cross the town unimpeded by armed gardaí or by patrols on our bridges. There are strategic points where there should be and must be interceptability where guards would be ready, willing and able if they’re on the streets.”

Mr O’Dowd said that if there were eight gardaí on a shift, two could be in court while another could be sick, which greatly reduced resources.

“Gardaí must be given resources. If they want overtime they must get it.”

Earlier on Newstalk Breakfast, Padraic Kierans, a former president of Drogheda Chamber of Commerce said that the people of the town are experiencing “fear and trepidation” and wanted more resources for the gardaí.

“These individuals have no fear of the rule of law or the gardaí. We have a wonderful community, it is unfortunate that this is among us.

“We saw off Cromwell and King Billy, we will see these off too.”