Union members says they are ‘absolutely opposed’ to publication’s disposal 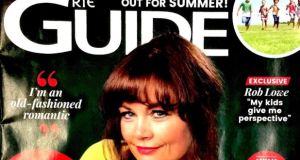 The RTÉ Guide currently has a circulation of 43,000 according to the latest Audit Bureau of Circulation figures. The publication has about 12 staff.

There is particular concern among personnel in RTÉ at the implications of the proposed cost-saving plans for staff working for the RTÉ Guide.

Members of the National Union of Journalists (NUJ) in RTÉ said on Wednesday said they were “absolutely opposed” to the planned sale of the RTÉ Guide.

The union said that the weekly publication was profitable.

The NUJ said the union had only learned on Thursday that the planned sale of the RTÉ Guide “would include the sale of its staff, our members”.

Union sources maintained staff were told that employees at the RTÉ Guide would not be permitted to avail of a planned voluntary redundancy scheme at the broadcaster but would rather move with the publication to any new owners as part of a transfer of undertakings.

RTÉ director general Dee Forbes said on Thursday evening that if it came to a sale of the publication, the organisation would discuss such issues with staff.

She said there was an on-going process underway to establish the value of the RTÉ Guide but that this was commercially sensitive.

“Depending on the outcome of that we will then decide if it is sold or not,” she said. There will be discussions with staff, she said.

“There is actually an undertaking that if you sell an asset the staff are protected within that sale. That’s a very typical way it works,” she said, adding that the possibility of redeployment and redundancy was subject to discussions.

Union sources said they wanted staff at the RTÉ Guide, in the event of a sale, to be offered either voluntary redundancy or re-deployment elsewhere in the national broadcaster.

One informed source said many of the staff at the RTÉ Guide were multimedia journalists who could play roles elsewhere in the organisation.

RTÉ said on Thursday that the consequences for staff impacted by the decision to sell the RTÉ Guide “will be the subject of continued discussion with the trade union group over the coming weeks”.

The RTÉ Guide currently has a circulation of 43,000 according to the latest Audit Bureau of Circulation (ABC) figures. The publication has about 12 staff.