Complaint of bias on same-sex marriage upheld against RTÉ 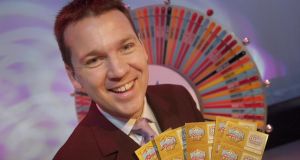 An allegation of bias against The Mooney Show on the issue of same sex marriage has been upheld by the broadcasting watchdog. Photograph: Dara Mac Dónaill/The Irish Times

An allegation of bias against The Mooney Show on the issue of same sex marriage has been upheld by the broadcasting watchdog.

The Broadcasting Authority of Ireland’s compliance committee upheld a complaint made by the Family and Media Association (FMA), an organisation which promotes Catholic family values in the media.

The complaint related to a broadcast on January 20th when the former RTÉ news presenter Michael Murphy was on the show with host Derek Mooney and Tiernan Brady from the Gay and Lesbian Equality Network (GLEN).

The FMA maintained that no opposing voice to same-sex marriage was heard during the broadcast and that the presenter Mr Mooney openly expressed his own views on the issue by stating: “I hope you do get gay marriage. I hope it does come in.”

RTÉ defended the broadcast on the basis that the programme,which is broadcast during the afternoon on RTÉ Radio One, is a light-hearted one and that the emphasis was on the human-interest story.

They also contended that it did not breach the terms of the forthcoming referendum on same-sex marriage as no referendum has been called yet.

In addition, they pointed to comments made by Mr Murphy that he was only recently “beginning to be persuaded” that same-sex marriage was a “civil rights issue”.

The committee held that the programme strayed into the area of current affairs by discussing an issue that that was of “public debate and controversy”.

The committee explained: “While agreeing that a referendum campaign is not currently underway, as a matter of current affairs, the general requirements for fairness, objectivity and impartiality in current affairs currently set down in the Broadcasting Act and the BAI’s code on news and current affairs were applicable”.

The committee held that the presenter Mr Mooney should have put forward an alternative viewpoint for the sake of balance but “that requirement was not met on this occasion”.

It concluded: “It was the view of the committee that this element of the programme discussion was not fair, objective or impartial and included the presenter making a statement in respect of changes in Irish law in respect of same-sex marriage that entailed the articulation of a partisan position on a matter of current affairs. Accordingly, the complaint has been upheld.”

The BAI’s decision drew an angry response from Glen chairman Kieran Rose. He stated: “Can lesbian and gay people not now talk about their lives and their aspirations as Irish citizens on the airwaves, or about their experiences of love and commitment without somebody opposing them?

“Today’s ruling by the Broadcasting Authority of Ireland raises worrying concerns about the nature of debate and discussion on issues of current affairs across the airwaves in Ireland.”