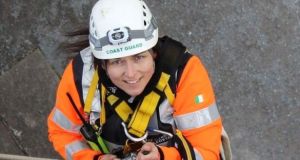 Caitríona Lucas was described as “talented, hardworking” and a “deeply committed” member of the Doolin unit.

Minister for Transport Shane Ross says he has broadened a review of the State’s search-and-rescue framework in response to the highly critical findings of an inquiry into the death of Irish Coast Guard volunteer Caitríona Lucas.

He has also pledged to ensure implementation of all recommendations made by the Marine Casualty Investigation Board’s (MCIB) inquiry into Ms Lucas’s death.

The mother of two, librarian and highly experienced member of the Doolin Coast Guard unit was assisting the Kilkee unit in a search for a missing man when the unit’s rigid inflatable boat (Rib) capsized on September 12th, 2016. She was the first Irish Coast Guard volunteer to die in service. Two other crew on board were rescued.

The MCIB final report published on Friday was critical of the Irish Coast Guard’s safety management system, and catalogued a number of systems and equipment failures in relation to the Kilkee Coast Guard unit.

It also referred to difficulties within the unit which were referred to Irish Coast Guard management earlier that year.

A handover of management was due to take place at Kilkee on the day of Ms Lucas’s death after a meeting between volunteers and Irish Coast Guard officials on September 9th, 2016.

The final MCIB report found that the Kilkee Delta Rib was taking in water, had no working radar, and one of its crew safety seats could not be used on the day of the incident.

Two additional faults, including a fixed VHF radio which was not functioning, were reported by a coxswain who had been at sea before Ms Lucas and two Kilkee volunteers set out on a second search mission on September 12th.

Ms Lucas, an experienced coxswain in her own right, had believed she would be assisting in a shore search when she left her Liscannor home earlier that day.

Ms Lucas’s husband Bernard, a member of the Doolin unit, told The Irish Times that he and his family would study the report’s findings over the weekend.

In his submission to an MCIB draft report completed during the summer Mr Lucas had queried why the investigation did not address loss of helmets by all three crew and failure of lifejackets to inflate among other equipment issues.

He also said that “bullying and harassment” in Kilkee in the preceding couple of years had been a “contributing factor in this accident” in his opinion.

The MCIB report does not specifically address this, and the former officer in charge has declined to comment on the claims.

However, former Kilkee mayor Manuel di Lucia, founder of the original Kilkee community marine rescue service in 1981, has said he was aware of a loss of highly experienced volunteers. “If we had not lost this experience Caitríona Lucas would not have been called on to help out,” Mr di Lucia said.

He traced the difficulties back to the Irish Coast Guard’s handling of its takeover of the Kilkee unit in 2013, and said he had emailed then transport minister Leo Varadkar, asking him to intervene.

Mr Varadkar replied then that while he appreciated a changeover of this type might pose some “initial challenges”, he was “satisfied that arrangements are in place to address any concerns”.

“During the 32 years of our entirely voluntary service, we had a 100 per cent record, but now Kilkee has no full sea service,” Mr di Lucia said.

He called on Mr Ross to “get his act together” and restore a full service to the coastal town.

“She was a selfless member of a unique group of people; those men and women who dedicate themselves to the protection of others at great risk to themselves.

“Caitríona made the ultimate sacrifice, and her loss has been enormous. Coast Guard volunteers, in particular the direct colleagues of Caitríona in the units at Doolin and Kilkee, were devastated at the tragic events that unfolded on that day.”

The Irish Coast Guard said work was already under way on developing an independently accredited ISO safety management system, and resources would be “re-focused” to ensure key elements advance at a “faster pace”.

It said its boat operations manual and training in personal survival techniques had also been reviewed.

It said regional staff had been increased from three to six to ensure a more “effective local oversight regime”, and other measures included a “major renewal” of information technology support for volunteers.

It said that training was ongoing at Kilkee with the aim of returning its D class boat to “full operability” next spring.

A separate Health and Safety Authority investigation into the incident is continuing.

The final MCIB report into the death of Irish Coast Guard volunteer Caitríona Lucas on September 12th, 2016 has:

• Criticised the lack of an effective safety management system within the Irish Coast Guard and licensing of its vessels;

• The Irish Coast Guard called for a thorough “reappraisal” of the MCIB initial analysis in relation to weather intelligence, safety management and licensing of craft.