The Beach Hotel, Downings apologises for ‘any unintentional offence’ caused by offer 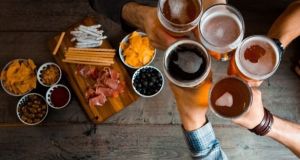 The hotel said the offer ‘was merely a way to recoup our costs from stock ordered for the full house of residents that cancelled on Friday evening’. Photograph: iStock

A Co Donegal hotel has invited locals to book a room for €2 per person sharing, in order to circumvent public health rules on restaurants and permit them to dine indoors.

The Government announced last Thursday that Donegal was moving to Level 3 of the Living with Covid roadmap, which means restaurants and pubs which serve food are only permitted to open for outdoor dining facilities or for takeaway services.

Hotels are also permitted to remain open under this level, but services are limited to residents only.

However, the Beach Hotel, in the village of Downings on the Rosguill peninsula, has told local residents that if they book a room for €2 per person they can dine indoors as they would be considered residents of the venue.

The rooms will be booked for slots of one hour and 45 minutes, and would not be used by the individuals making the booking.

In a post on its Facebook page on Friday, the hotel said: “Adhering to Government guidelines from Saturday 26th of September we are open for residents only and 15 non-residents outside.”

“Why stay out in the cold?? Spoil yourself. Dine indoors, rent one of our rooms and avail of our food and beverage services. Our rooms are currently available to rent for an allotted time. €2 per person sharing all weekend. Don’t miss this one time only offer, when they’re gone, they’re gone.”

In a statement to The Irish Times, the hotel apologised for “any unintentional offence caused by our local offer”.

“The offer was aimed at people locally in the Downings area. Our intention was that no one would be using the bedrooms; it was merely a method to allow customers to become residents for a maximum period of one hour and 45 minutes in line with Government regulations, so they could avail of our dining and beverage services indoors,” the statement said.

They said the offer was advertised based on their “interpretation of Government guidance”, which permits hotel residents to eat indoors.

“The offer was a way for us to remain in operation so that we could recoup our costs from stock ordered for the full house of residents that cancelled on Friday evening. It also allowed us to keep our staff employed and we believe this has highlighted the current stress facing the hospitality industry at present across Ireland. ”

The hotel said that “while it was never our intention to cause offence”, they were “left in an impossible situation”.

It added that the guidelines permitted the facility to remain open, but they were “ told to operate under such strict restrictions, whereby it was not feasible to keep our doors open”.

The hotel said it will be closed from Monday “until further notice” and that all remaining stock will be donated to local charity from Monday morning.

It added that the health and safety of guests, staff and the local community is of the “utmost importance to us”.

Local councillor John O’Donnell said he “thought it was a joke” when he first heard the hotel was running the offer.

“I can see the reasoning behind it, people want to keep businesses open for the next three weeks. I agree with the outdoor venues. There are other venues in Donegal that have great outdoor space but I don’t know about the €2 idea,” Cllr O’Donnell said.

“It’s not fair on the other businesses. I would welcome the outdoor basis only. I wouldn’t be in favour of a packed residents’ bar. There are public health rules for a reason. We have to do everything we can to stop the pandemic. The numbers aren’t rising for no reason.”