Irish Coast Guard vessel was taking in water and had no working radar, report finds 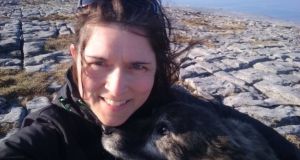 Caitríona Lucas, the Coast Guard volunteer who died during a search operation at Kilkee, Co Clare.

There were five significant faults with the rigid inflatable boat (Rib) Caitríona Lucas put to sea on as part of an ill-fated Irish Coast Guard rescue mission off the Co Clare coast just over two years ago, an investigation has found.

The Coast Guard vessel on which the 41-year-old mother of two lost her life was taking in water and it had no working radar, according to a Marine Casualty Investigation Board report published on Friday.

The 7.9m Delta Rib used in the search mission for a missing man on September 12th, 2016 required a minimum of three crew, but one of its three safety seats could not be used and was “taped off” due to air leaking from the seat’s air suspension.

In addition the echo sounder was not operational and one fixed VHF radio was not functioning, the investigation found.

On return from the first launch that morning, the coxswain who had been out on that mission reported that the echo sounder was also not operational and one fixed VHF receiver was not operational.

The report does not state why the faults were not attended to before Ms Lucas and her colleagues went to sea.

Ms Lucas, who was a highly experienced member of the separate Doolin Coast Guard unit, had believed she would be assisting in a shore search when she left her Liscannor home earlier that day.

She died after the Kilkee Coast Guard unit’s Rib was hit by a wave in a surf zone and capsized on its return journey.

All three crew were thrown overboard and lost their helmets; their lifejackets were not inflated and the mayday call was issued through the only working radio – a personal VHF radio owned by the deputy coxswain.

Overall the report found the Irish Coast Guard does not have an effective safety management system, and said the Kilkee Rib launched in conditions which were outside the operational limits of the vessel.

Minister for Transport Shane Ross has pledged to implement in full the findings of the report.