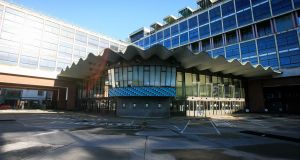 Talks between unions and management at Bus Éireann aimed at resolving the all-out strike at the company will resume on Monday, with one of the employee unions saying all sides are now committed to finding a resolution to the dispute “one way or another”.

With talks due to resume on Monday at 10am at the Workplace Relations Commission, Siptu official Willie Noone said he believed there had to be an outcome because it was “not good enough to have thousands of workers on the picket lines, no income coming in, rural Ireland with no buses”.

The discussions concluded shortly after 7pm on Sunday, and representatives of the Siptu trade union indicated there was a determination to “get this solved one way or the other” on Monday.

The talks, which have been under way since last Wednesday, are understood to be focusing on the issue of pay and earnings.

This includes the possibility of calculating a “composite” pay rate for drivers which would incorporate a basic salary plus premium allowances, all in a single rate.

The dispute centres on moves by management at the State-owned company to introduce unilaterally new cost-saving efficiency measures and work practice changes. The company argues these moves are essential to stave off insolvency.

Trade unions at the company are concerned, however, that the moves could result in significant reductions in staff earnings.

Speaking as he left the talks at Lansdowne Road in Dublin, on Sunday night Siptu organiser Willie Noone said: “The talks were complex, the talks were tough.

“I think a dose of reality has set in now with the company because all sides have accepted that if a deal can’t be done in the next number of hours, we’d have to all accept that we can’t do a deal.

“We are meeting tomorrow and all sides are committed, if you like, to bring this to an end one way or another tomorrow.”

“We have to get this solved one way or the other and tomorrow, I think is going to bring this to an end.”

National Bus and Rail Union general secretary Dermot O’Leary said what was being discussed involved “major cultural change” in the company, of the sort that had taken anything between six and 10 years to take effect in other firms he had been involved with.

It was going to be very difficult for people and for them to embark on that type of change they would need to see “clear sight” of what they were expected to do, he said.

A draft document leaked on Sunday suggested the cost-cutting measures included a plan for 120 drivers to exit the company over the next 12 months.

Mr O’Leary said the fact that there had been sight of the position paper outside the talks had “created its own storm out there”.

He said the unions would always insist that any redundancies would be voluntary and that they had a commitment from the company that they would be.

It is understood the parties are hoping to do a deal at the commission, but that if agreement cannot be reached on the pay issue that it could end up before the Labour Court later in the week.

Bus Éireann management representatives declined to speak to media as they left the talks.