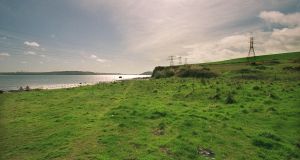 The site for the proposed incinerator at Ringaskiddy, Co Cork. Photograph: Mark Kelleher

An Bord Pleanála is to defer a decision for a fourth time on a planning application by waste management company Indaver for a €160 million incinerator at Cork Harbour, The Irish Times has learned.

An Bord Pleanála was due to give a decision on the controversial planning application next Wednesday after three previous deferrals, but board sources have confirmed that the board has decided to seek more information from Indaver and defer a decision until it assesses that information.

“No decision on the full application has been taken yet but a procedural decision was taken last week to defer the decision pending a request for further information from the applicant,” said an informed source, adding that it was likely Indaver would be given eight weeks to respond.

News that An Bord Pleanála has again deferred a decision on the Ringaskiddy incinerator application marks but the latest instalment in the controversial history of the project for which planning in its current form was first applied for on January 13th, 2016, leading to a 17-day oral hearing last April and May.

Solicitor for Chase Joe Noonan said the latest deferral would mean it would be over 15 months since Indaver first applied for planning for the current proposal under Strategic Infrastructure Development legislation, and a year since the oral hearing without any decision being made.

“The idea that An Bord Pleanála in 2017 is seeking further information from Indaver is quite outrageous given they had 3½ years of private consultation with Indaver prior to the planning application, and some 15 months since the application to get the necessary information.”