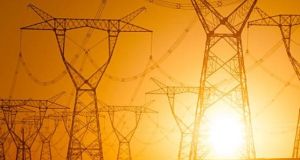 SSE Airtricity customers are facing an increase in their bills from November 1st.

Bord Gáis Energy and Aitricity have both annouonced energy price increases which could see Irish consumers worse off by as much as €83 over the course of the next 12 months.

Bord Gáis Energy’s price hike will see typical gas bill go up by by €2.12 a month and a typical electricity bill by €4.77 a month.

The changes, which will take effect from the beginning of November and are due to significant increases in the wholesale cost of energy as well as higher costs associated with distributing energy on the gas and electricity networks, the company said.

“Bord Gáis Energy regrets having to increase its prices for the first time in three years. Unfortunately, there are a number of factors outside of our control which have led to this decision,” the commpany’s managing director Dave Kirwan said . “Continued increases in wholesale energy costs this winter, as well as the recent increases to the costs of distributing energy on the network, have forced us to raise our prices.”

He said it “was a difficult decision to come to, and we have worked hard to minimise the increase as much as possible. We are committed to offering customers the best value for money that we can. If and when the market factors change, we will ensure our customers once again see the benefit of reduced prices.”

Annual electricity bills for SSE Airtricity customers are also likely to climb by around €50 after the company rolls out a 5.6 per cent price increase from November 1st.

The company blamed increases in regulated network charges and an extended period of rising wholesale energy costs for the price increase.

The company said the price increase was its first in four years and suggested a typical household customer is likely to pay an additional 90 cent per week for their electricity.

The increase will not be applied to the company’s most-in-need customers using pay-as-you-go meters to manage outstanding debt repayments, a spokesman said.

“Today’s decision is not taken lightly and is driven by rising costs outside of our control,” SSE Airtricity director of home energy David Manning said.

“These include recently announced increases to regulated charges for using the electricity networks, which affect all suppliers, as well as prolonged increases in the cost of wholesale energy on global markets.”

He said energy costs had been falling since 2013 which had allowed the company to reduce its electricity prices three times and cut the annual average household bill by €83.

“Over the past year, however, external costs across the energy sector have been steadily rising. We’ve sought to insulate our customers from these rises for as long as possible.

He said the company now had no option but to increase prices.

Mr Manning said despite the increase, the average SSE Airtricity household electricity bill was still €34 cheaper than four years ago.

Locals rally to help after GP’s surgery destroyed in fire ahead of vaccine arrival 01:00
Covid-19: Ireland could be ‘close to normal’ by end of year, says Dr Ronan Glynn 01:00
Calls for ‘robust action’ over offensive social media posts by prison staff 01:00
Plan to end direct provision by 2024 would see asylum seekers housed in State accommodation 01:00
Taoiseach’s role in appointment of Watt as interim health chief to form part of review 01:00