Beyond the call of duty: Community gardaí help woman move her mother to safety

‘She even gate-crashed Mass. I saw her in the empty church on the live feed’ 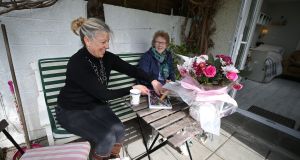 Esther Waters with her mother, Esther Duggan, who has moved into her daughter’s home. Photograph: Nick Bradshaw

As the scale of the Covid-19 pandemic became all too apparent last month, Esther Waters knew she would have an enormous challenge on her hands to keep her 82-year-old mother safe.

Her daughter had been visiting her for a couple of hours a day each day throughout March, making sure she had company and everything she needed, but then the crisis deepened and older people were told to cocoon while everyone else was asked to keep their distance.

Understandably, Esther senior struggled to comprehend the new rules and “still went out for her walks to the shops and even gate-crashed Mass. I saw her in the empty church on the live feed,” her daughter told The Irish Times.

Despite trying over many days, Ms Waters said she “couldn’t break through to her about isolation and protecting others. She was adamant that, despite all attempts from friends and family, she wouldn’t come to my house only 4km away in Blackrock. ”

After multiple attempts “to relocate my lovely mother, I turned to the Garda in Dundrum and told them I was going to shoot her – joking of course,” Ms Waters continued. 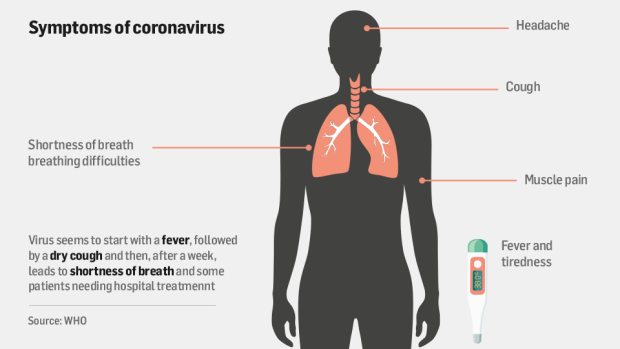 Immediately gardaí took control of the situation and not because of the firearm threat.

“I didn’t even have to ask: Sgt Ivan and community garda Linda were familiar with the situation and jumped into action,” she said. “They had a quick chat with me in the station car park, assured me that they’d get her to move and asked me to lead the way to her house immediately.”

Again, you’d think they’d gone beyond the call of duty: but no, they both arrived with a bouquet of flowers for Mum and cookies for the kids

The two gardaí spent over an hour and a half “gently coaxing her out into my car”.

While they were doing that, Ms Waters packed an overnight bag for her mother and included familiar bits and pieces from her bedroom.

“At my house Garda Linda took Mum into the self-contained room and unpacked the bag with Mum, arranging her radio, photographs, toiletries etc. Gda Ivan spent his time reassuring my children and, I suspect, checking out that he was actually delivering Mum into a safe environment. He showed them videos on his phone and instructed them on handwashing techniques.”

Ms Waters estimated that the gardaí spent at least another 90 minutes settling her mother in.

“You would think that they had already gone beyond the call of duty: but no, they followed up with calls the next morning asking for photographs of Mum and personal details. They are putting her image out to gardaí in case she wanders from her unfamiliar surroundings,” Ms Waters continued.

“Again, you’d think they’d gone beyond the call of duty: but no, they both arrived with a bouquet of flowers for Mum and cookies for the kids at around 8pm on night two of Mum’s relocation.”

She said she could not praise the two gardaí highly enough for their “compassion, consideration, patience, tenderness and, as if they had nothing else to do, they took their time”.

“There was no sense of rushing – or of Mum being an inconvenience to them. They acted as if it was their own mum. I am completely in awe and forever grateful.”

Taoiseach has confirmed schools will reopen at the end of August 18:28
Coronavirus: Further six deaths reported along with 39 new cases 18:23
‘The pint man is back’: Belfast pub resumes delivery service after legal challenge 17:52
Woman loses damages claim over BreastCheck screening 17:09
Private hospitals ‘takeover’ by State will not be extended past June 16:52