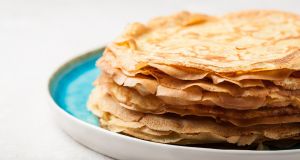 Workers called off picket at gates of one of Northern Ireland’s largest bakeries intended to disrupt production ahead of Pancake Tuesday.

Workers paused their picket at the gates of one of Northern Ireland’s largest bakeries on Sunday night after industrial action intended to disrupt production ahead of Pancake Tuesday.

Staff at Allied Bakeries in east Belfast will be balloted after the company made an improved pay offer, acording to the Unite trade union. The company’s lines include Kingsmill, Burgen and Sunblest.

Tha action “brought production on he site to a grinding halt... Management were left in no doubt about the strength of workers’ resolution to win a fair pay increase,” Susan Fitzgerald of Unite said.

“As a direct result of this powerful and effective strike action which saw delivery vehicles forced to reverse after hours of unsuccessful attempts at passing pickets, an improved pay offer was made,” she said on Sunday.

A picket began at the Allied Bakeries site on the Castlereagh Road at 6am on Sunday and the union said the aim was to disrupt the company’s preparations for Pancake Tuesday on February 25th.

Allied Bakeries said it was proud of its reputation “as a long-term and stable employer in the community” and that they were disappointed about the industrial action. “We have increased our rates of pay every year for the past 10 years and will do so again this year,” it said earlier.