€700 million: The compensation the HSE may have to pay hospital consultants

State could have to reimburse about 2,000 doctors over failure to pay higher salaries agreed in 2008 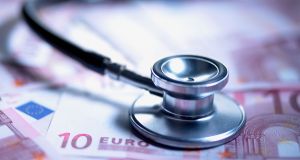 The Health Service Executive has estimated it could cost up to €700 million to compensate hospital consultants for the State’s failure to pay them higher salaries agreed eight years ago .

The figures, set out in a HSE assessment of a worst case scenario, include the potential application of interest on any awards by the courts and does not take account of off-setting taxation receipts from any payments to doctors.

The Irish Times reported in January that the Employment Appeals Tribunal had ruled in favour of two hospital consultants, anaesthetist Thomas Hogan and endocrinologist John McDermott, who argued that the HSE had breached their 2008 employment contracts.

The tribunal found the non-payment of portions of the doctors’ salaries amounted to an unlawful deduction under the Payment of Wages Act. The HSE has appealed this ruling to the High Court and a case is expected to go ahead in January. However, The Irish Times reported in April that the Attorney General had advised the HSE to settle these cases.

Separately, about 150 consultants have also initiated High Court proceedings in relation to the failure of the HSE to pay salary increases set out in the contract agreed in 2008.

Previously the HSE had indicated publicly that the cost could be about €350 million or even higher when legal bills were added. However, sources suggested that this represented a net rather than gross figure.

Under the 2008 contract, consultants agreed to major work-practice changes, including the restriction and in some cases the elimination of private practice, weekend working and extended rosters.

In return, then minister for health Mary Harney offered them salaries of between €170,000 and €240,000, with increases to bring the rate up to these levels to be paid on a phased basis.

The first payment was made, but not the second, following the collapse in the public finances. Subsequently the State cut consultants’ pay by 15 per cent.