Wettest place in the Republic was Leenane Co Galway, according to climate statement 2018 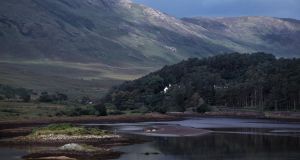 Killary Harbour near Leenane which had the highest total rainfall in the Republic last year at 3,024.2 mm. Photograph: Fáilte Ireland

The year 2018 ranks as having the 21st warmest average air temperature since 1900, according to Met Éireann’s Annual Climate statement published on Tuesday.

Met Éireann measures temperatures on a minute-by-minute basis across the Republic, and average temperatures by station and by year can be calculated.

It said the rate of increase in air temperature in the Republic was “consistent with the global trend which showed the mean temperature has increased by one degree centigrade, since pre-industrial times”.

The wettest place in the Republic was Leenane Co Galway, where the highest total rainfall was 3,024.2 mm. The highest daily rainfall was 119.9mm at Gernapeka, Co Cork on November 13th.

The highest air temperature was 32 degrees recorded at Shannon Airport on June 28th. This was the highest temperature experienced since 1946.

One of the most severe snow falls in recent years, from February 27th to March 3rd, coincided with Storm Emma from March 2nd. The results included record low temperatures in several locations.

In September it was the turn of Storm Ali which arrived with guests of up to 146 km/h and sustains winds of 115 km/h recorded at Mace Head in Co Galway.

The highest number of hours of daily sunshine was 16.5 hours at Malin Head in Co Donegal on June 28th, the highest daily total since 1955.

According to Met Éireann the year began “unsettled” and continued unsettled through April, becoming “changeable” in early May, but “warm and sunny” by June - with the exception of the visit of Storm Hector.

July was warm and dry but changeable weather returned near the end of the month and continued in the north and west in August. September and October were described as “cool and dry” . It was mild and unsettled for most of November and Atlantic westerlies dominated during December. 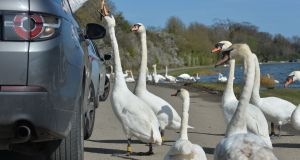