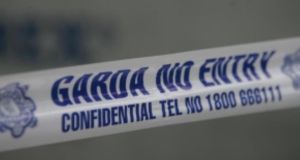 Gardaí and the Health Service Executive last night confirmed a joint investigation into allegations of mistreatment of children at childcare facilities in Co Dublin is under way.

It is understood two complaints were made to gardaí by parents with children in two creches – one in north Co Dublin and one in south Co Dublin.

The two crèches are not connected.

The gardaí then launched an investigation and also passed the information on to the HSE which is responsible for issues of this nature.

A Garda source told The Irish Times the incidents are likely to be “on the lower end” of the scale in terms of child-protection concerns.

A spokesperson for the HSE confirmed it received a report in relation to three independent childcare facilities in the greater Dublin area.

“The matter is currently being assessed with the gardaí in order to establish if any child welfare or protection concerns exist.”

RTÉ is to broadcast a report on childcare on Prime Time . It is understood the parents complained to An Garda after learning of issues uncovered by the programme makers.