Young patients ‘flying it’ after travelling to UK for leukaemia treatment 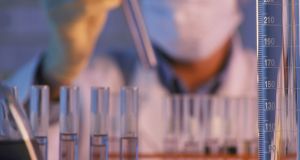 Both children have acute lymphoblastic leukaemia and are among the 10 per cent of children whose disease cannot be cured with existing therapies. Photograph: Getty Images

Two young leukaemia patients attending Crumlin children’s hospital are said by doctors to be “flying it” after becoming the first Irish people to be treated with a pioneering immunotherapy known as CAR-T.

However, the pair had to receive their treatment in England, funded by the HSE’s treatment abroad scheme, because the drug they were given is not yet available in the State.

“Five months after receiving the treatment, both children are in remission. Their disease is completely undetectable and they have suffered very little toxicity,” said Dr Pamela Evans, a transplant consultant at the hospital and part of the team caring for the two infants. “This is a really good news story.”

Both children have acute lymphoblastic leukaemia and are among the 10 per cent of children whose disease cannot be cured with existing therapies, even though these have greatly improved the survival rates for childhood cancers in recent years.

They received chemotherapy for several years and, when it failed to get rid of the cancer, were given bone marrow transplants that also proved unsuccessful.

Up to a year ago, such children would have had no other treatment options. However, the development of CAR-T has given doctors new avenues for treating so-called relapsing leukaemias, as well as blood cancers in adults.

Under this treatment, blood is drawn from a patient and their immune “T” cells are modified in a lab. They are then injected back into the patient so they can fight the cancer in the blood.

The drug used on the children, Kymriah, is manufactured by Novartis and had demonstrated a two-year survival rate of 66 per cent in trials, according to Dr Evans.

“That means a child who, a year ago would have gone home to die, now has a two-thirds chance of survival, even if it is too soon to talk of a cure.”

It costs about €330,000 to treat a child with Kymriah, but because of the complexity of the treatment, there are additional hospital costs of about €175,000.

The National Centre for Pharmacoeconomcs, which assesses the cost-effectiveness of drugs, recommended it not be considered for reimbursement “unless cost-effectiveness can be improved relative to existing treatments”. It is also considering another costly CAR-T drug, Yescarta, used to treated lymphoma in adults.

Dr Evans said the cost of Kymriah would fall in time and pointed out that the taxpayer already bears the cost of patients being treated in the UK under the treatment abroad scheme. She said CAR-T would likely become a first-line treatment rather than a “last resort” for unresponsive leukaemias.

“Society will have to decide whether it wants to pay for transplants with side-effects and poor outcomes or CAR-T, where the outcomes are much better.”

Up to 50 Irish children a year are diagnosed with leukaemia.