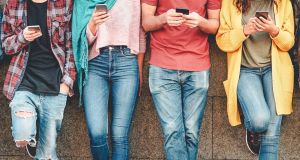 More than 500,000 15-year-old students in 79 countries and economic areas were assessed on topics such as about the occupation they expect to be in by the age of 30 as part of the OECD study. Image: iStock.

The occupation teenage girls most aspire to work in by the time they are 30 is medicine, while the top career choice for teenage boys is engineering, a report from the Organisation for Economic Co-operation and Development (OECD) finds.

The study ‘Dream Jobs? Teenagers’ Career Aspirations and the Future of Work’, features analysis from the Programme for International Student Assessment (PISA) on the kinds of careers boys and girls expect for themselves and the extent to which their aspirations align with a fast changing job market.

More than 500,000 15-year-old students in 79 countries and economic areas were assessed on topics such as about the occupation they expect to be in by the age of 30.

Becoming a doctor was the most aspired-to career among girls who took part in the study. This was followed by teaching and business management. Training to be a lawyer, nurse or midwife, psychologist, designer, veterinarian, police officer and architect were also among the popular careers mentioned by girls.

Some 60 per cent of female Irish respondents to the study said they expected to work in one of the top 10 most commonly cited jobs by the time they turn 30.

Forty-nine per cent of Irish boys said they expected to work in one of the 10 most commonly cited jobs by age 30, which included engineering, business managerment, medicine and ICT. Other career aspirations mentioned by boys included being a sportsperson, teaching, joining a police force, being a motor vehicle mechanic, a lawyer or an architect.

The report says that children of more advantaged families are more likely to want to go on to university than young working class people. The study found that high-performing young people from the most disadvantaged backgrounds were nearly four times less likely to hold high aspirations than similarly performing young people from the most privileged backgrounds.

Career thinking is often also driven by gender and immigrant background, according to the research.

Among high performers in mathematics or science, for example, boys were much more likely than girls to express an interest in becoming a scientist or engineer. The reverse was true for health-related careers, which girls favoured.

Careers mentioned by disadvantaged students in Ireland had more of a risk of being automated than those desired by more affluent students and the career aspirations cited by boys in Ireland face a higher risk of job automation than those cited by girls.

Teenage students who worked part-time alongside their full-time education were far more likely to experience a range of positive benefits including higher wages, greater chances of pursuing apprenticeships and contentment in their career progression, the study says.