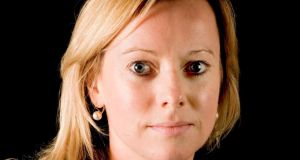 Emergency medecine consultant at Tallght hospital Dr Jean O’Sullivan made a complaint in 2011. 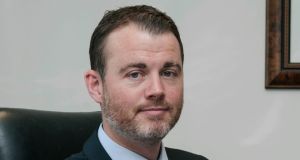 Chief executive of Tallaght hospital David Slevin defended the hospital’s decisions to investigate the leaking of details about a 91-year-old who spent 29 hours on a trolley. Photograph: Tommy Walsh

Tallaght hospital has promised an early investigation of allegations by a consultant that she suffered intimidation for advocating for patients in the emergency department.

Chief executive David Slevin defended the hospital’s decisions to investigate the leaking of details about a 91-year-old who spent 29 hours on a trolley in the emergency department last week.

Mr Slevin declined to speak about the detail of the complaint by emergency medicine consultant Dr Jean O’Sullivan. This was lodged in 2011, before he assumed the post, he pointed out.

“The hospital has a duty to respect the rights of all parties involved as set out in our human resource policy framework . . . The hospital is determined to be fair in its handling of the matter and to bring the process to conclusion as quickly as possible for all involved.”

Tallaght was no different from other hospitals in terms of the pressures it was facing: “There are good things happening in Tallaght and it’s important for staff to know about them. Legacy issues need to be handled appropriately.”

Mr Slevin blamed communication issues for the instances of elderly patients spending long periods on trolleys. “If cases are highlighted and raised early through the appropriate protocols, they’re generally resolved. Those patients wouldn’t have been waiting so long if we had been aware of it.”

“Other hospitals don’t put trolleys on wards, but we do, because we know the department is under pressure.”

As a result, there was a near 50 per cent fall in trolleys in the emergency department, though overall trolley numbers in the hospital have increased slightly this year.

Individual cases were prioritised on the based of clinical need, not age, he said.

Tallaght has seen an increase in attendances in recent months. The proportion of attendees aged 75 and over is up 20 per cent and the proportion of patients with life-threatening conditions has increased. Overall, the hospital would need an additional 30 beds a year.

The hospital has opened additional offsite beds for patients being discharged but still needing care, including 25 in St Luke’s Hospital in Rathgar and 14 beds in Mount Carmel Hospital in Churchtown.