Symphysiotomy records to be shredded ‘with consent’ 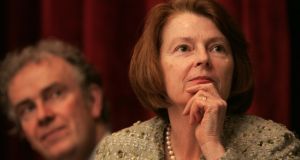 Judge Maureen Harding Clark: women were given the choice of having records returned or shredded. Photograph: Matt Kavanagh

The retired judge running the State’s symphysiotomy payment scheme has criticised “misinformation” in relation to the treatment of the personal records of women who applied for compensation.

Judge Maureen Harding Clark said the scheme had never held original medical reports or other records belonging to applicants. Where original birth certificates or other documents, including X-rays, had been received, these were being returned.

In recent weeks, hundreds of writers and artists, along with groups such as the National Women’s Council (NWCI), have called for the automatic return of records to women once the scheme winds up its work.

The scheme, which has accepted 578 applications and made 400 offers of compensation, is due to finish soon, but Judge Harding Clark has denied saying documents would be shredded after March 20th, as has been claimed.

She said applicants had been asked to state by this date whether they wished their documents to be returned or confidentially shredded.

“When the scheme has completed its work, it will return or confidentially shred documentation furnished to the scheme by applicants strictly in accordance with the wishes of the applicants,” she said in a statement posted on its website.

The procedure involved cutting the pelvic bone to create more space during childbirth and was favoured over Caesarean sections by some doctors as it would enable women to have larger families.

Survivors of Symphysiotomy (SOS) has said the records should be kept as evidence for possible future legal action or international scrutiny.

The department said the Data Protection Commissioner had confirmed there was no issue with the scheme’s approach. The records were received for the specific purpose of determining awards to women who met the criteria of the scheme and may be used only for that purpose.

It said applicants had been written to and asked whether they wanted their documents back or would like to have them shredded. About 360 women had replied, with 70 per cent opting for return and 30 per cent for shredding. It is unclear at this stage what will happen in the cases of women from whom no reply has been received.

The terms of the scheme state the assessor shall, “where reasonably possible”, arrange for the return of documents. Once it is over, she shall arrange for the destruction of all other confidential information “at a suitable time”.

“The letters the assessor sent out were, and remain, deeply problematic,” SOS chairwoman Marie O’Connor said. “The scheme is in breach of the terms of reference laid down by the Minister for Health to make all reasonable efforts to return records, not manufacture women’s consent to destroy them. Had the assessor adhered to this key term, none of these difficulties would have arisen.”

NWCI director Orla O’Connor said women who submitted their records did so “in the reasonable belief that these documents would be returned”.

“The solution here is not a complex one – return the records to the women.”