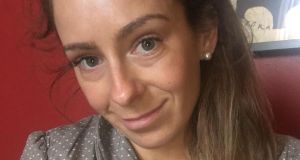 Deirdre McDonnell spent two years on a waiting list before undergoing on operation to correct the curvature in her spine.

Failing to provide timely treatment for children with scoliosis has a “domino effect” that ends up costing the State large amounts of money, says one woman who has had surgery to correct the curvature in her spine.

“Scoliosis needs to be treated there and then, otherwise it ends up costing everyone,” says Deirdre McDonnell, who spent two years on the waiting list for an operation.

Because of the severity of her condition, which was not operated upon during her childhood, her operation was a highly complex and expensive procedure. It involved orthopaedic and respiratory specialists as well as cardiologists, she says.

“I cost the State a fortune, not through my own fault,” says Ms McDonnell (36), who is now involved with the charity Straight Ahead, which raises money to pay for scoliosis operations privately.

Ms McDonnell, who is originally from Drogheda, had her first surgery when she was six weeks old, and was under consultants at Our Lady’s Children’s Hospital in Crumlin up to the age of 23.

While many young people with scoliosis have a rod inserted to help straighten their back, this was considered too risky because her spinal cord is split. “Looking back, I feel it was a bad decision to leave things as they were,” she says.

When she came under the care of orthopaedic surgeon Pat Kiely, he sent her to the respiratory hospital at Peamount, where the full extent of the damage wreaked by her scoliosis was laid bare. Tests showed the curvature of her spine had reduced her lung function to just 30 per cent at the age of 34. She also suffered from tachycardia, or an abnormally high heart rate, as her heart tried to compensate.

Mr Kiely decided to operate on Ms McDonnell by inserting a flexible “magec rod”, which is normally used for children. This device can be extended as the child grows but it offered the best chance for her to regain a normal spine curvature.

The operation worked in correcting the curvature of Ms McDonnell’s spine but her lung function remains poor. “I’m not going downhill at least. I’m coping.”

Since it was founded in 2011, Straight Ahead has funded operations for 100 children with the condition.